Within view of the Egyptian pyramids of Giza, the summit gathered thousands of local and regional participants, including 150 startups and more than 250 speakers 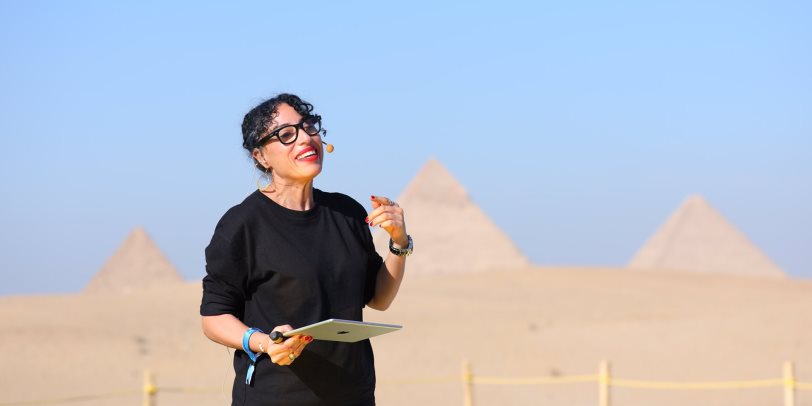 Within view of the Egyptian pyramids of Giza, the summit gathered thousands of local and regional participants, including 150 startups and more than 250 speakers.

Talks and panels were held across 3 separate stages, with topics ranging from blockchain technologies and cryptocurrency to the essential startup topics of growing digitalization, adoption of FinTech, fundamentals of fundraising, and implementing ideation to realization.

Cofounder and CEO of RiseUp Summit, Abdelhameed Sharara, told Business Today that the decision to launch this year’s edition at the pyramids was “the connection between the [pyramids] and the people. People go to the pyramids for the history of it, we’re going for the future,” with the year’s theme highlighting innovation on all areas; past, present, and future.

During his talk on Tech Adoption for Economic transformation, CEO and Managing Director of BSE India (Bombay Stock Exchange), Shri Ashishkumar Chauhan, stated that today’s world wealth is around 500 trillion, with young entrepreneurs who are able to adapt to and adopt technologies faster at the forefront of the transformation. 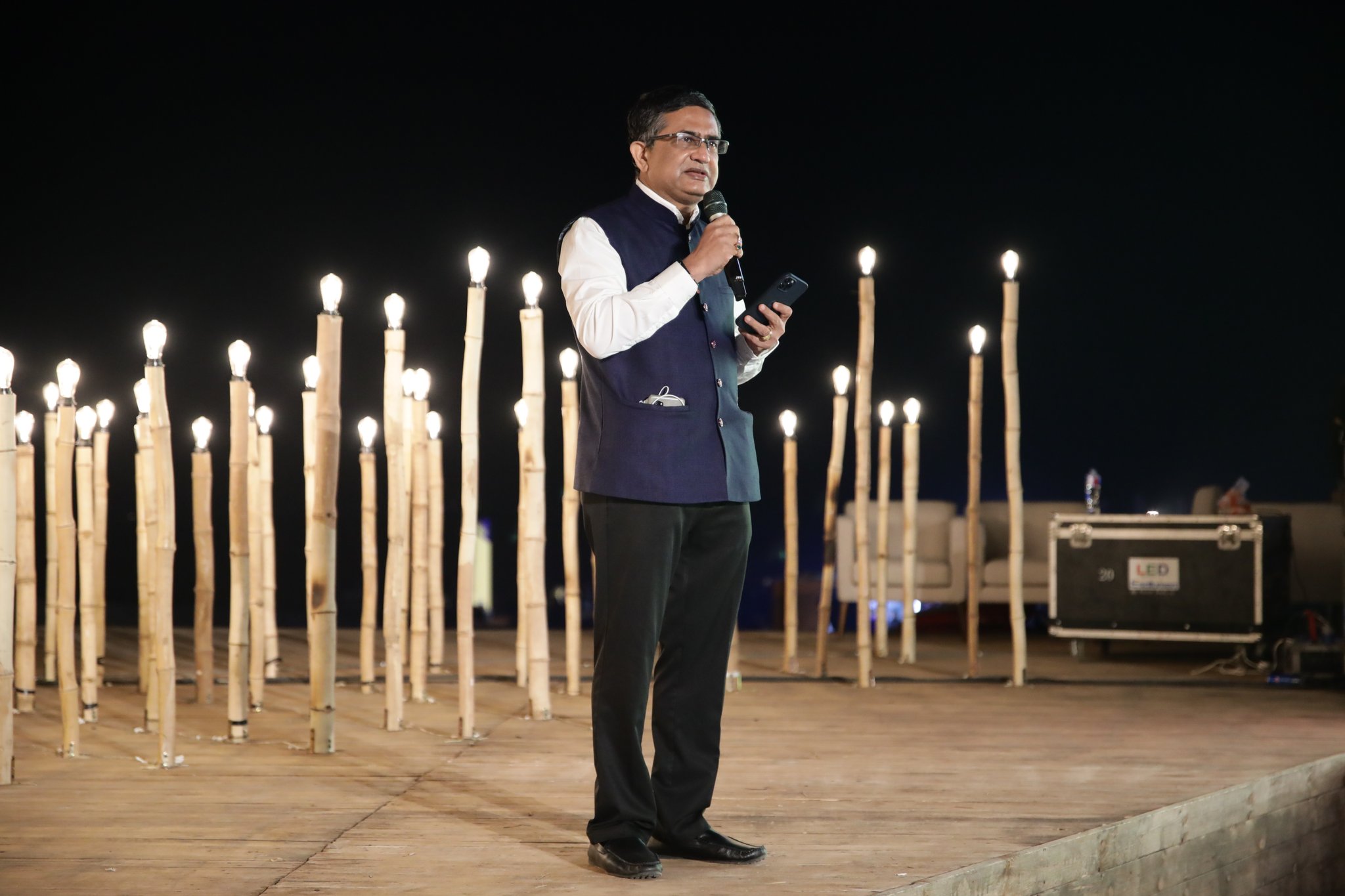 “The young will be adopting and learning new technologies… [While] Europe is getting old, Japan is getting old. The countries that are young [and tech-savvy] will be advancing ahead, creating the future wealth of the world,” he added.

Several panelists highlighted Egyptian startups’ skill in adapting operations in a logistically difficult market, setting them up with the skills to expand internationally, with some pointing towards Egyptian bus-hailing startup SWVL as an inspiration for local entrepreneurs as they prepare for their upcoming NASDAQ IPO.

Anghami cofounder Ellie Habib also spoke on Anghami’s choice to use special purpose acquisition companies (SPACs), pointing out that it is actually an old method of financing startups, with there being some SPACs which are 10+ years old. 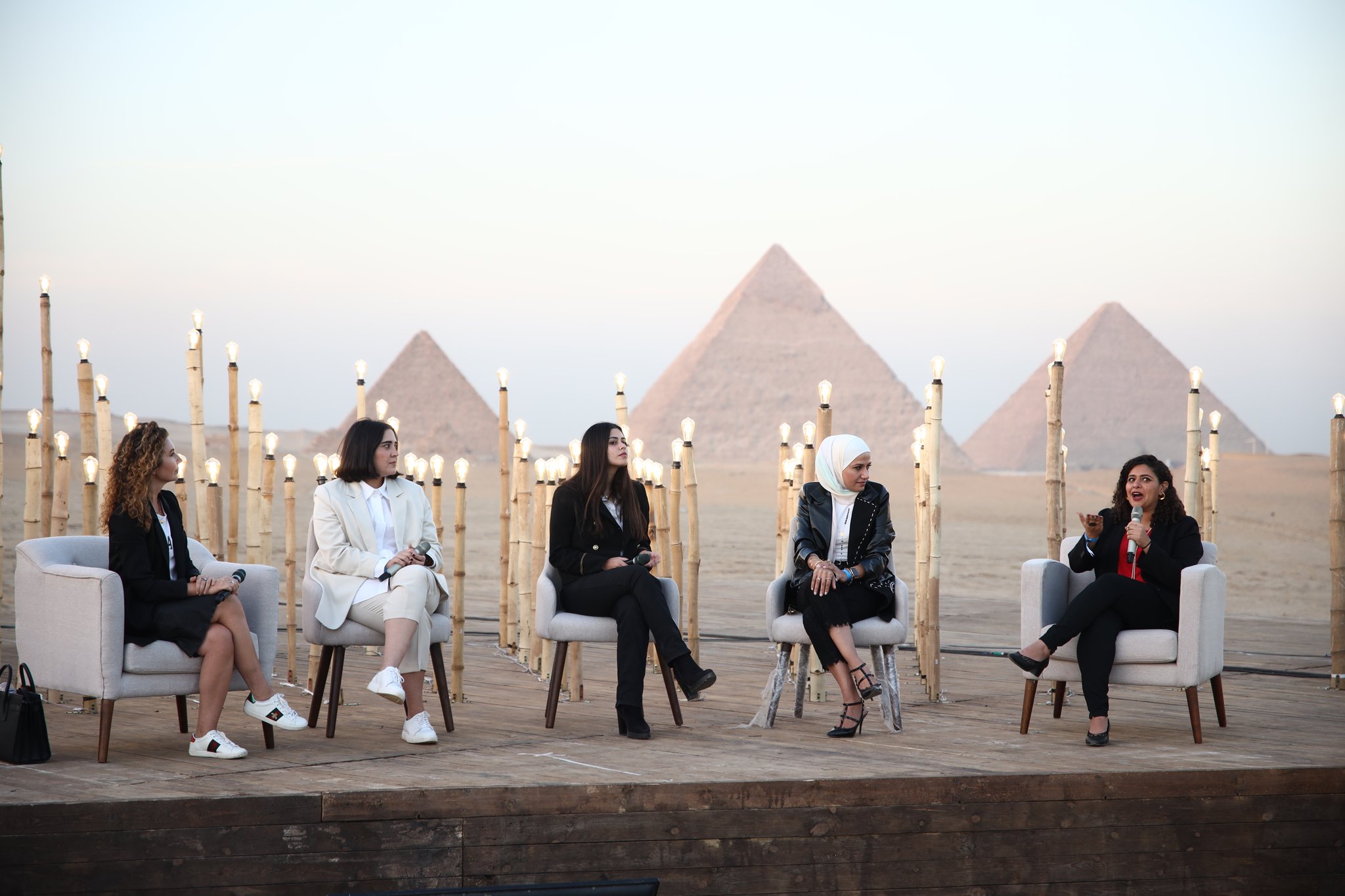 During the “The world of MAAS: Mobility as a service” panel, Elmenus founder and CEO Amir Allam pointed out that 90% of daily orders and deliveries are placed offline, with restaurants dealing with long lists of challenges that go “beyond the delivery problem, and how [they can] outsource [them] to certain companies.”

“It extends to how they can get access to financing and grow their business through access to good and well-structured loans that cater to their different needs. So, having that kind of focus for us as a company is super important,” said Allam.

During the event, RiseUp announced its expansion into the Saudi Arabian market, with its first ever KSA to be held in March 2022, with KSA Princess Loulwa Al Saud to lead the summit as its CEO. Sharara told Business Today that the company is planning on a satellite office in Amsterdam soon, and one in London.

Another major announcement came from Egypt’s first universal bank EFG Hermes, fresh off its acquisition of aiBank, launching an advanced version of its flagship “EFG Hermes One” trading platform during the event.