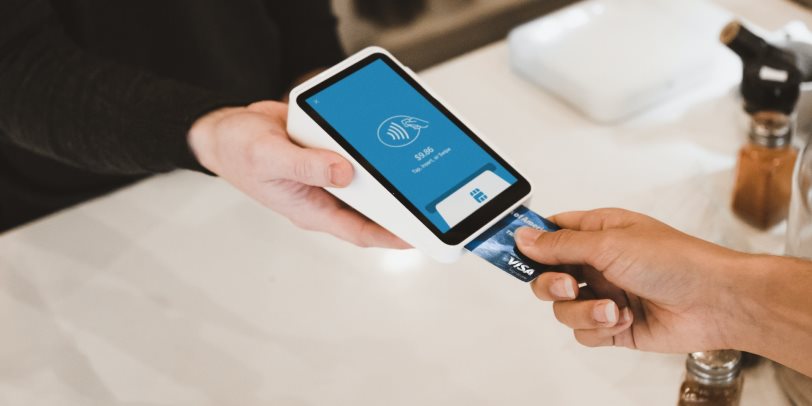 Investments in Financial Technologies (FinTech) across the Europe, Middle East and Africa (EMEA) region was strong in the first half of 2021, climbing to $39.1 billion with 729 deals, supported by growing interest in digitalization, writes global consultancy KPMG’s latest “Pulse of Fintech” report.

According to the report, the EMEA’s combined funding accounted for 39% of global deals, 50% higher than its previously recorded $26 billion in the entirety of 2020. 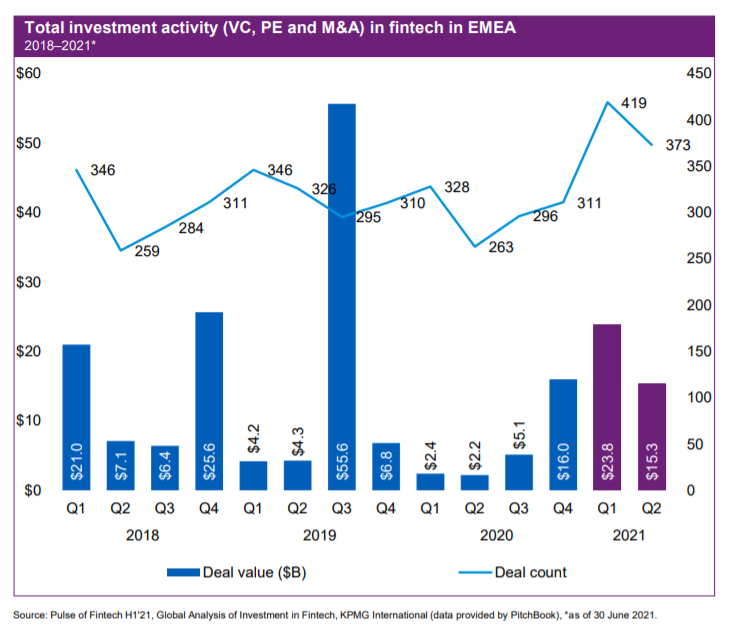 “Open banking regulations have helped accelerate FinTech adoption in the EMEA region, improving third-party access to data and fostering an environment of collaboration — particularly in areas such as embedded finance,” the report highlighted.

Related > Digital payments continue to trend with 690% increase in usage

Global FinTech deals during the same period touched $98 billion, with the United States capturing the lion’s share of $51.4 billion.

The region also shattered its previous annual high for FinTech venture capital (VC) investment, attracting $15 billion from January to June this year, compared to just $9 billion during all of 2020.

Egypt’s start-up investment value hit $70.7 million in July 2021, making it the 2nd in the MENA region behind the UAE, which raked in a total of $530 million in investments, according to a recent Wamda report.

“While IPO exit activity is expected to be strong in H2’21, we could see SPAC mergers stealing the limelight in H2’21 — particularly if Grab’s $40 billion SPAC merger goes ahead. We will likely also see a proliferation of US SPACs looking to EMEA and the Asia-Pacific region for targets,” wrote KMPG.

Special purpose acquisition companies (SPAC) is growing in popularity in the MEA region, as Egyptian TransportTech SWVL and regional music streaming service Anghami gear up for their own SPAC-supported IPOs on the USA’s NASDAQ.

“As a result of the pandemic, consumers across the EMEA region have gotten more comfortable with digital products and services which has helped drive uptake for digital banking, insurance, wealth management and other products,” the report said, noting that it supported the growth of several FinTechs in the region and helped attract bigger investments.

KPMG predicts that the 2nd half of the year’s trends are a stronger focus on the B2B space, including areas like SME lending - an increased interest in M&A, IPOs, and potentially mergers with US-based SPACs – more FinTechs embracing a one-stop shop model, and growing focus on ESG and sustainability-focused FinTech offerings.