Egypt’s start-up investment value last month reached $70.7 million, making it the 2nd in the MENA region behind the UAE

Egypt led the Middle East and North Africa (MENA) region in terms of start-up deals in July with 19 deals, beating out Qatar which had 16 deals, states a recent Wamda report on the region’s start-up scene.

Egypt’s start-up investment value last month reached $70.7 million, making it the 2nd in the MENA region behind the UAE, which raked in a total of $530 million in investments.

The MENA region saw 77 deals in July 2021, raising around $632 million following cloud kitchen platform Kitopi’s $415 million Series C round at the very beginning of the month. 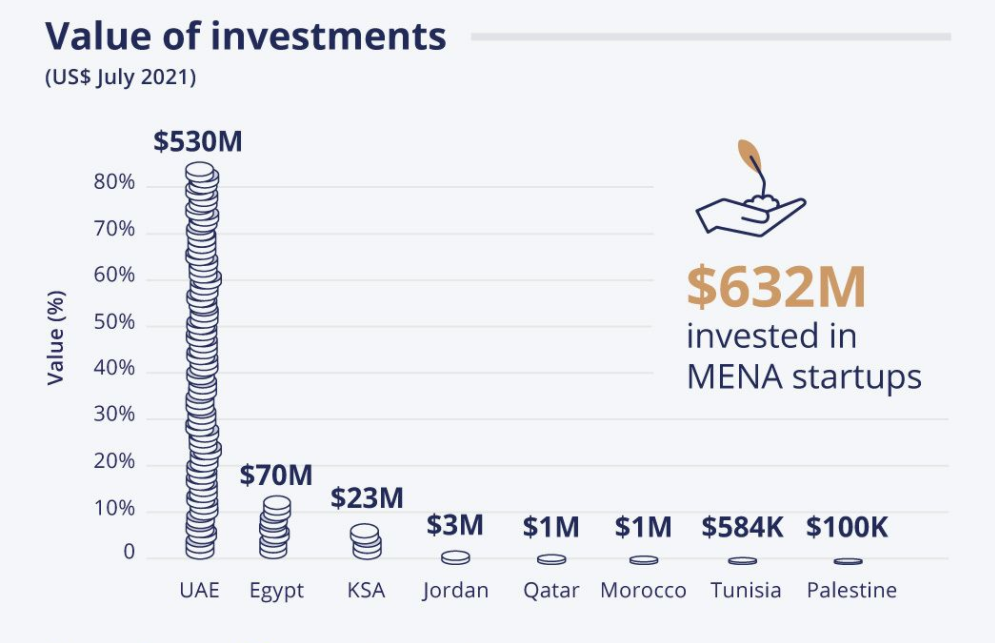 Venture investment in Egypt saw a growth rate of 30% YoY between 2015 and 2020, holding around 18% of the region’s 2020 total venture investment, wrote MENA-based online community for startups MAGNITT in May.

“Both Kitopi and SWVL’s rounds have skewed the amount invested in male founding teams heavily this month with $626,540,000 across 60 deals,” wrote the Wamda report.

According to the report, 13 female founded startups raised $2 million while four mixed team startups managed to raise $3 million in July.

Egyptian ride-sharing startup SWVL announced in late July its plans to go public on the US NASDAQ through a special-purpose acquisition company (SPAC) merger, raising $100 million from Agility, Luxor Capital, and Zain Group through a private investment in public equity.

Zain group’s investment into the SWVL SPAC was one of their very first, coinciding with its venture capital arm’s launch.

Egypt’s 2nd largest investment recipient was business to business e-commerce enabler MaxAB, which received the highest Series A round with $40 million, one of 16 deals in the e-commerce sector.

The FoodTech startup community saw a massive investment boost in July 2021, receiving $428 million worth of investments (6 startups), with mobility startups (7 startups) following at $107 million, and ecommerce (16 startups) at $62 million.