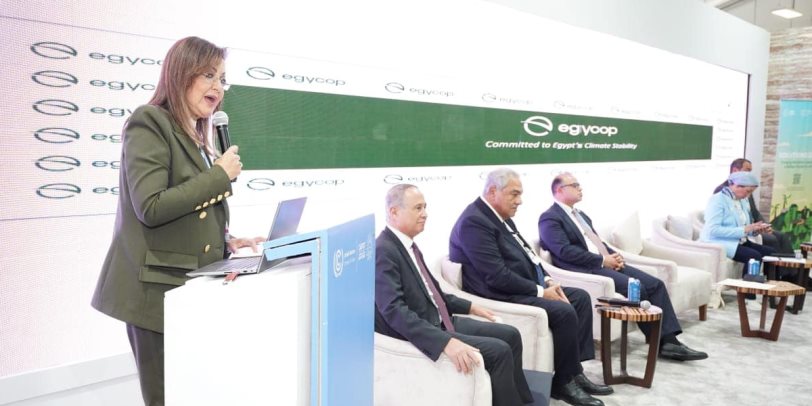 Named EgyCOP, the fund aims to create a more functional space for the release of public funds towards adaptation projects, with El-Said highlighting its importance during the current global decline in economic activity and limited financial resources.

The Egyptian fund for investment in projects that issue carbon certificates (EgyCOP) currently has an authorized capital of EGP 1 billion.

During her speech, El-Said pointed out that this initiative is an example of COP27’s slogan and vision “Together for Implementation,” as it represents a concrete step towards collaborating for the implementation of innovative solutions directed to combating climate change.

The planning minister explained that through EgyCOP’s launch, Egypt and Africa will have a greater role in investing towards moderating emissions, adding that Egypt has a variety of qualified projects that can help reduce carbon emissions in the transportation, energy, and solid waste sectors.

EgyCOP’s main objective is aligned with the newly-launched Carbon Market, El-Said emphasized, pointing out that it also offers the first direct investment company to operate in the voluntary carbon markets.

At the end of her speech, El-Said stated that her ministry remains committed to encouraging private sector participation in both the Egyptian and the African continent’s economies to create measurable and tangible impact against climate change.