Relevant authorities, such as the Egyptian Exchange and Financial Regulatory Authority, will be working to develop frameworks, business models and organizational structures necessary to activate the new market 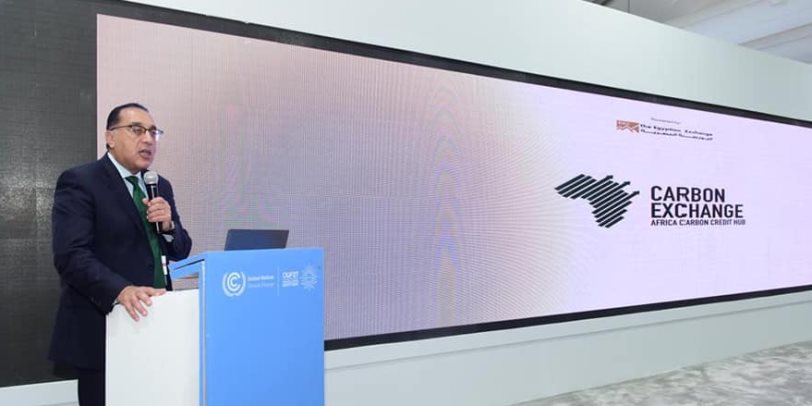 Egypt has launched the first African voluntary carbon market platform with the participation of the private sector, aiming to "enhance the financing of green projects that reduce carbon emissions in the continent of Africa.”

Prime Minister Mostafa Madbouly announced the launch in the Egypt Pavilion at the COP27 Blue Zone, stating that it affirms Egypt’s capability in participating in efforts towards global carbon neutrality, and is in line with the National Climate Change Strategy 2050.

Relevant authorities, such as the Egyptian Exchange and Financial Regulatory Authority, will be working to develop frameworks, business models, and organizational structures necessary to activate the new market. This includes raising companies' awareness and knowledge of the new market and its services, as well as how they are able to access and benefit from reducing their carbon emissions.

These frameworks and models will set the standards and controls necessary for the issuance and registration of these certificates while ensuring the achievement of the highest levels of integrity and transparency in accordance with international standards.

Fouad highlighted that the platform will ensure more commitment from the private sector to confront climate change. It will also support the implementation of the ministry’s updated national contribution plan in partnership between the government and the private sector to accelerate the use of low-carbon practices.

During the launch of the Africa Carbon Markets Initiative, UN Climate Change High-Level Champion for Egypt, Mahmoud Mohieldin, stated that carbon markets grew by 31% since 2016 while the demand for carbon credits grew by almost 50%.

The Africa Carbon Markets Initiative - led by a 13-member steering committee of African leaders, CEOs, and carbon credit experts - aims to support the growth of carbon credit production and create jobs in Africa.