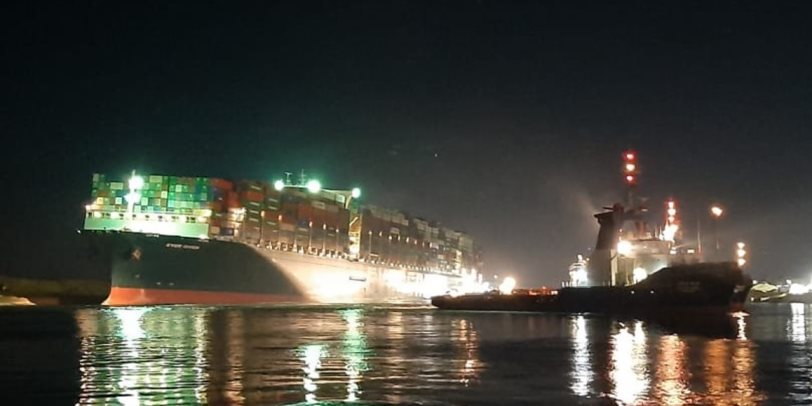 Egypt’s global trade route, the Suez Canal, recorded its highest monthly tonnage in its history with 112.1 million tons passing through the canal in October 2021, announced head of the Suez Canal Authority, Osama Rabie.

The global trade route saw revenue climb by 12.6% between January and October 25 of 2021, hitting $5.1 billion, compared to $4.53 billion in the same period in 2020, the chairman announced earlier this week.

Navigational statistics indicate that 1847 vessels passed through the canal during October, compared to the 1620 recorded in 2020’s October, an increase of 14%.

The chairman highlighted that there was also an unprecedented increase in the number and tonnage of LNG carriers transiting the canal, an increase of 82.6% to reach 84 tankers during the October 2021, compared to the transit of 46 tankers during October 2020.