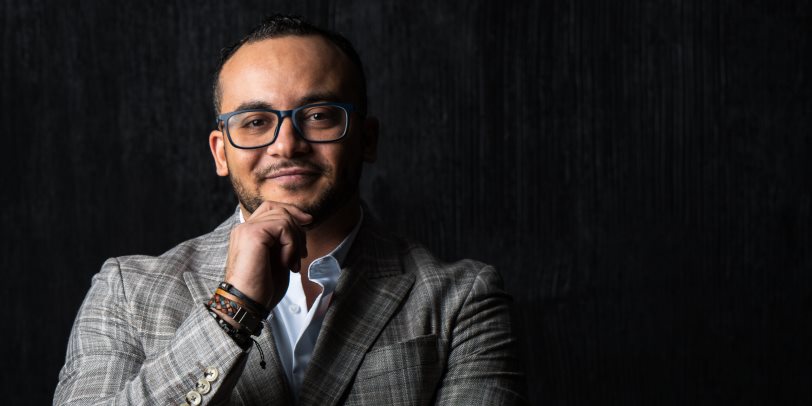 As the global delivery ecosystem continues to develop, accelerated by the lockdowns of the pandemic, more and more countries are gaining the ability to have items delivered. Although Egyptians are used to having everything delivered through a short phone call, the move to ordering online continues to prove challenging for many.

To discuss the changes in consumer behaviors, entrepreneurship, and the delivery ecosystem in Egypt and internationally, we sat down with Mohamed Ghaith, Founder and CEO of Zeew, a System/Software as a Service (SaaS) company based in Latvia.

Zeew brands itself as a “Shopify for delivery” which Ghaith states allows “any business that [wants] to start offering delivery to their customers [can] by using our platform”. The company provides easy to use website and app creation software for restaurants, pharmacies and etc. to create their own delivery applications instead of relying on marketplaces such as Uber Eats and Talabat.

When talking about how the pandemic affected the Egyptian and international on-demand delivery market, Ghaith noted that the pandemic was actually in their favor.

The pandemic narrowed business owner’s focus towards finding ways to create their applications without having to meet face-to-face, he added.

Digital literacy remains a main challenge when it comes to the online delivery industry, with Ghaith explaining that most business owners that were forced to go online were not tech-savvy.

“It will actually take [business owners] a lot of time to actually build business delivery systems and that’s where we come in,” he noted, pointing out that with Zeew, business owners would be able to build their website and app through a few clicks.

Interestingly enough, Ghaith explains that, although Egypt has had online delivery marketplaces such as Otlob (now Talabat) for years, most orders in Egypt still come from phone calls and WhatsApp, with most customers in direct contact with stores.

To tackle this problem for both business owners and consumers, Zeew developed a voice-ordering feature where customers can simply drop a voice note to the store. The feature was very well-received in the Middle East, he added.

When it comes to e-payments, Ghaith notes that the amount of cash-on delivery remains high to due to the amount of unbanked citizens, but the growth in usage by those that have credit cards has allowed Egyptian platforms to go head-to-head with international platforms.

Deliver marketplaces stay alive through commissions, commonly 30 percent, on each order, something that has become hotly debated in the community, especially during the pandemic.

According to Ghaith, many restaurants are suffering from paying these commissions.

The cycle isn’t good for anyone, Ghaith states, and many are looking to take back their power and eliminate the middle men by building their own apps, maintaining their customers and managing their delivery operations.

By doing this, restaurants are able to reduce online prices making it more attractive to price-sensitive customers. Customers may also be incentive to use the restaurant’s direct app and website as a way to support restaurants instead of using marketplaces.


Barriers to entry and entrepreneurship challenges

When it comes to Ghaith, who has been an entrepreneur since he was 16, barriers to entrepreneurship in Egypt was quite different.

“Right now, the challenges we had 10 years ago when we started is not the same like it is right now... We had a challenge in actually defining what is an entrepreneur/entrepreneurship.”

“When you meet someone [and say] I am an entrepreneur [They would reply] yeah, so do you have a job? Are you employed?” He reminisced, adding that the biggest challenge was the mindset. By surrounding himself with people from the startup community who understood and shared his mindset, he was able to support himself whenever someone would discourage him.

Today, however, the challenge has shifted to a “tunnel-vision towards funding,” in which startups too often become focused on getting funded rather than providing the solution or validating the need for the product or service.

He stresses that instead of focusing on raising money early on, focus on proving the model through a sale or proof of the problem the product/service is solving.

He calls it a “cultural barrier” that Egyptians have a need to build large solutions, during which entrepreneurs discourage themselves by overanalyzing and visualizing the long-road ahead.

This comes in line with a common issue Ghaith comes across, in which he states that a problem many graduate with a “university project” mindset. Graduates and young entrepreneurs will simply build anything and everything, and not fully consider how to build a minimum viable product.

He also notes that another challenge is the possible clash with regulatory entities.

He recommends that every team of engineers should have a business person who can actually sell the product, rather than endlessly being stuck in a development cycle, noting again the importance of building something to validate your product or problem first.

Try to solve the problem in the easiest way possible with the least resources to validate it in the market. Once you have traction, everything else such as accelerators and funding will follow and help you grow.