Digital exports up by 16% recording $4.5 billion in previous FY: MCITMin

Talaat also revealed that the value of the global economy for emerging companies has risen to more than $3.8 trillion 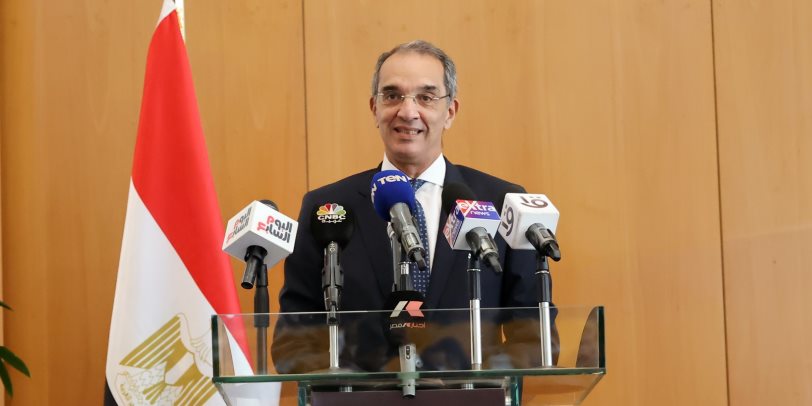 Minister of Communications and Information Technology Amr Talaat revealed that Egypt’s ICT sector maintained its position as the sector with the highest growth, rising 16%, with digital exports climbing in value to hit $4.5 billion in the last fiscal year compared to $4.1 billion in the fiscal year 2019/2020.

In his speech during the opening of the 7th edition of the Techne Summit exhibition and conference, Talaat highlighted the sector as an important pillar towards the building of a Digital Egypt.

According Amr Mahfouz, CEO of the Information Technology Industry Development Agency (ITIDA), during his interview at the event, investments in Egyptian startups rose to $390 million in 2021, compared to $190 million in 2020, reflecting increased investor confidence in Egyptian entrepreneurs and their solutions.

Talaat also mentioned that his ministry is currently negotiating with one of the biggest consulting firms to conduct a comprehensive study to develop Egypt's ability to attract international companies for outsourcing.

The minister highlighted their Future Work is Digital initiative, which targets training 100,000 young people in 18 months and attracting 12,000 to work as freelancers in the local and global markets at $13 million.

He added that Egypt University of Informatics (EUI) is being established in the Knowledge City as the first specialized ICT university in the Middle East and Africa. The university will operate with the next academic year.

Talaat also revealed that the value of the global economy for emerging companies has risen to more than $3.8 trillion.