Suez Canal Authority to raise toll prices by 6% by Feb. 2022 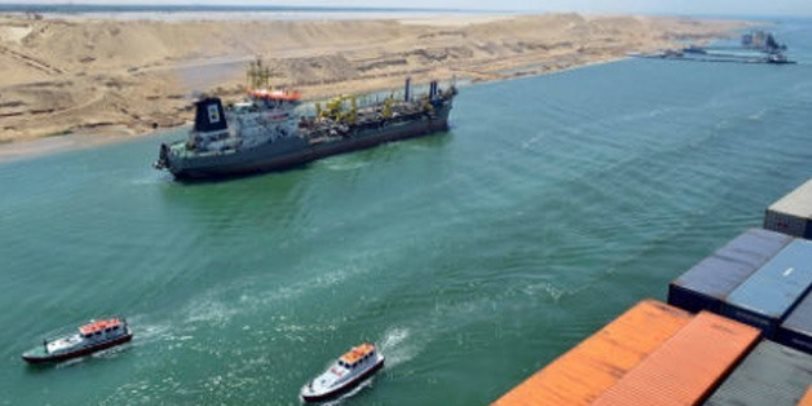 The authority is eager to apply a flexible and balanced marketing and pricing strategy, taking into account global economic conditions to ensure it meets both the authority’s and clients’ needs and objectives, Rabie noted.

Rabie recently announced that the Suez Canal recorded its highest monthly tonnage in its history with 112.1 million tons passing through the canal in October 2021.

“In addition, this will be integrated with the navigational publications that are issued and renovated by the authority according to the immediate variables for each class of the transiting vessels,” he added.

The authority head pointed out that cruise ships and tankers transporting liquefied natural gas (LNG) ships will be excluded from this increase as their tolls will remain the same as what they were at during 2021.

International institutions the International Monetary Fund (IMF) and the World Trade Organization (WTO) both expect global trade traffic to continue to recover and rise in demand, stating that demand for maritime transport will rise at rates of 6.7% and 4.7% respectively in 2022.

Rabie noted that LNG vessels will be exempt from the new fees in order to integrate new developments of flexible marketing policies, according to recent variables of the LNG seaborne trade, with the recent amendment of circular No (2) of 2015 planned to be applied by November that provides LNG vessels with a 25% reduction in fees.

Cruise vessels are exempt from the new fees, with the chairman highlighting that the tourism and travel sector has suffered major losses worldwide, including cruise ships and sea yachts, as one of the reasons to its exemption.