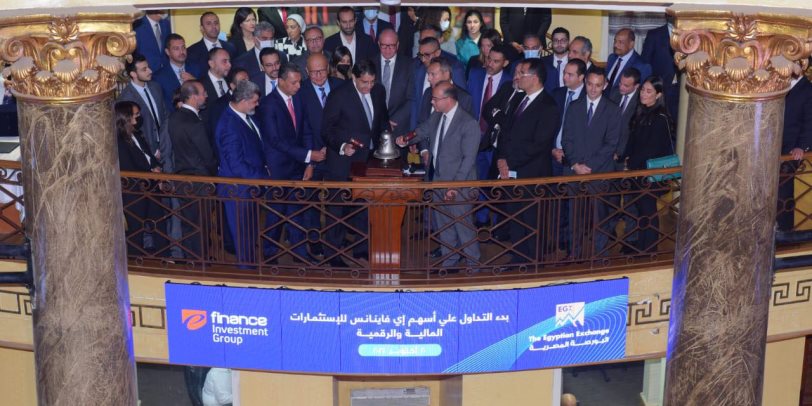 State-owned e-finance for Digital and Financial Investments began its first day on the Egyptian Exchange (EGX) as a super-hot commodity, with its stock skyrocketing during the first few minutes of its debut earlier today.

In a statement, Ibrahim Sarhan, chairman of e-finance investment group, said “It gives me great pleasure to announce that e-finance has become a publicly traded company on the Egyptian Exchange, and we now turn to a new chapter in our equity story. Strong demand for e-finance’s shares has showcased the confidence local and international investors have in the Group’s operating model and corporate development story.”

The company has now secured around EGP 5.8 billion from its offering, making it the largest offering on the EGX in the last few years, with Prime Minister Mostafa Madbouly praising it as the largest in the EGX’s history on Tuesday.

Earlier this week, e-finance announced that its institutional offering, which closed last week, was 6.8x oversubscribed, with its retail portion also oversubscribed by 61.4x, making the entire transaction 10.2x oversubscribed and worth an estimated EGP 5.8 billion.

CI Capital will manage a stabilization fund running for the next 30 days to support aftermarket performance, the statement said.