In a historical deal after several years of debate, 136 countries have agreed to launch a new global corporate tax rate aimed at major tax haven-loving companies around the world 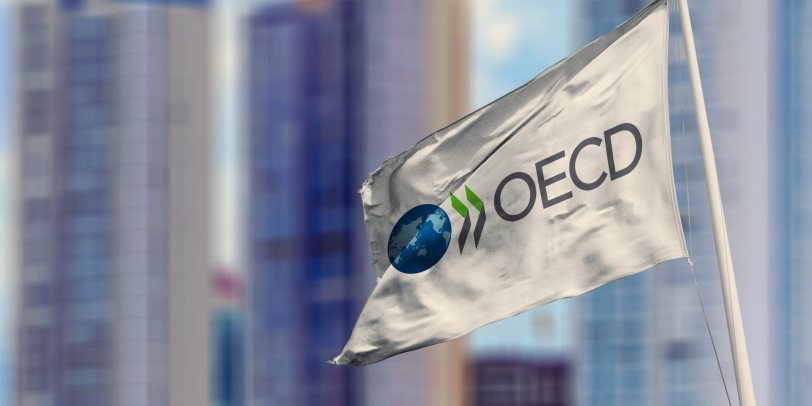 In a historical deal after several years of debate, 136 countries have agreed to launch a new global corporate tax rate aimed at major tax haven-loving companies around the world.

The group of nations, including Egypt, have agreed to a new global minimum corporate tax rate of 15% and other changes in efforts to raise more revenue from large multinationals such as Google, Amazon and Facebook.

According to The Organization for Economic Cooperation and Development (OECD), which led negotiations, the new minimum tax rate would apply to companies with an annual revenue of more than 750 million euros ($866 million) and would generate around $150 billion in additional global tax revenue per year.

"[This] is a far-reaching agreement which ensures our international tax system is fit for purpose in a digitalized and globalized world economy," said OECD Secretary-General Mathias Cormann.

It said the deal could bring in an extra $150 billion (£108 billion) of tax a year, bolstering economies as they recover from the COVID pandemic.

“The landmark deal, agreed by 136 countries and jurisdictions representing more than 90% of global GDP, will also reallocate more than USD 125 billion of profits from around 100 of the world’s largest and most profitable MNEs to countries worldwide, ensuring that these firms pay a fair share of tax wherever they operate and generate profits,” the OECD said in a statement Friday.

Egypt’s advisor to the Minister of Finance for tax policies, Ramy Youssef, explained that the agreement will support Egypt’s rights to tax revenues based on activities by multinational companies operating in Egypt, as well as efforts by the Ministry of Finance in combating tax evasion.

The initial agreement between major economies came in June during the G7 summit, paving the way for a preliminary deal in July.

The agreement includes provisions to ensure that multinational companies pay tax where they generate sales and profits, not just where they have a physical presence.

It comes after years of debate between countries as they would compete to offer attractive deals to multinationals, meant to minimize opportunities for profit sharing and push large global companies such as Google, Amazon and Facebook to pay taxes in all locations they do business in.

The separate tax aimed at the technology giants will reallocate more than $125 billion of profits from the home countries of the 100 most profitable firms in the world to the markets where they operate, according to the New York Times.

“Facebook has long called for reform of the global tax rules, and we recognize this could mean paying more tax, and in different places,” said Nick Clegg, Facebook’s vice president for global affairs. “We are pleased to see an emerging international consensus.”

Economies reliant on its competitive tax rates as an attractive element for foreign investors and companies, such as Ireland, will be most affected.

Ireland, which declined to join the initial agreement in July, has attracted the likes of Facebook, Apple and Google to locate their European headquarters in the country through its corporate tax rate of 12.5%. The country have agreed to the new tax after an amendment to the pact’s text that highlighted the rate of 15% will not be increased at a later date, and that small businesses will not be hit with the new rates.

The OECD expects the agreement to begin implementation in 2023, however the deal requires countries to pass domestic legislation, particularly in the US.

"Like the Paris Agreement on climate, concluding technical talks after firming political support was the easier part, implementing the pact will prove significantly more challenging," analysts at political risk consultancy Eurasia Group wrote in a note this week.

Delayed implementation by Washington could in turn prolong digital taxes on US tech companies introduced by European countries such as France and could even fuel the adoption of digital levies at EU level, sparking trade spats between the United States and Europe.

"Implementation of the OECD deal will also be a bellwether of EU-US capabilities to boost ongoing but contentious efforts to collaborate across a host of trade and tech issues," the Eurasia analysts said.

Following Friday's agreement on the technical details, the next step is for finance ministers from the Group of 20 economic powers to formally endorse the deal, paving the way for adoption by G20 leaders at an end October summit