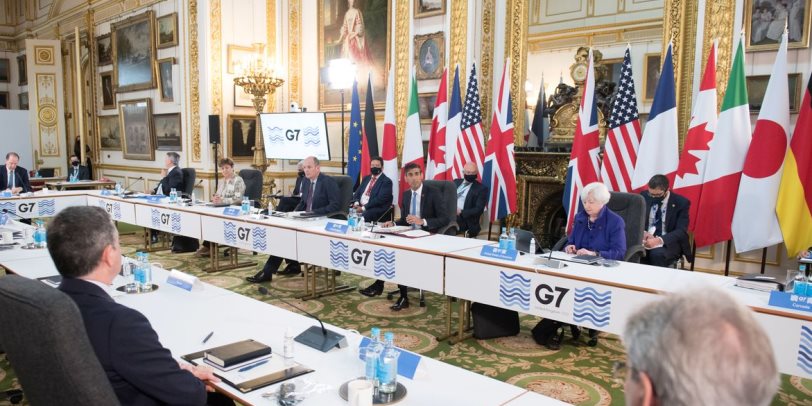 We are closer to seeing the free reign of tech giants fall as finance ministers from the G7 summit announced yesterday to back a 15 percent global minimum corporate tax rate.

For many years, developed countries have struggled to decide and agree on a way to raise more revenue from large multinationals such as Google, Amazon and Facebook. These companies would often book profits in jurisdictions where they pay little or no tax as a form of tax avoidance.

The global minimum tax could discourage multinational companies from avoiding taxes by stashing profits in low-rate countries or tax havens.

The agreement will see a global minimum corporate tax of at least 15 percent and include changes to which countries will benefit from those taxes.

The changes would ensure major corporations, especially those with a strong online presence, will pay taxes in the countries where they operate and not only where they have headquarters.

Several major tech companies have voiced their backing of the global tax, including Facebook and Google.

"Facebook has long called for reform of the global tax rules and we welcome the important progress made at the G7," said Nick Clegg, vice president for global affairs at Facebook, in an emailed statement.

Google’s spokesperson, José Castañeda, also in an emailed statement stated that "We strongly support the work being done to update international tax rules. We hope countries continue to work together to ensure a balanced and durable agreement will be finalized soon".

The Group of Seven (G7) is an informal club of wealthy democracies, with the agreement signed by their 7 finance ministers from Canada, France, Germany, Italy, Japan, the UK and the US.

According to a copy of the final agreement seen by Reuters, the G7 ministers said they would "commit to a global minimum tax of at least 15 percent on a country by country basis".

"We commit to reaching an equitable solution on the allocation of taxing rights, with market countries awarded taxing rights on at least 20% of profit exceeding a 10% margin for the largest and most profitable multinational enterprises," the text added.

The first pillar of the agreement would provide countries, in which major multinationals do business, taxation rights to at least 20 percent of any profit above a 10 percent margin.

The second pillar involves setting a global tax floor of 15 per cent for corporations, implemented on a country-by-country basis.