With Egypt’s long list of promising athletes, the choice of Ramadan was far from just another sponsorship, but rather for the values he embodies, the statement explained 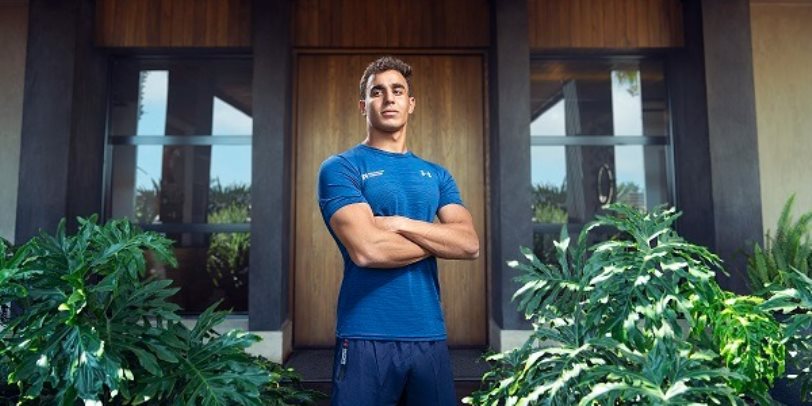 As part of its brand promise “From our Family to Yours,” real estate developer Hassan Allam Properties has recently announced that it will be sponsoring one of Egypt’s rising swimming athletes, Youssef Ramadan, who is set to participate in the Paris 2024 Olympics.

“From Our Family to Yours’ is a brand promise that we live by, reflecting our full-encompassing vision of supporting rising young talents across different fields, including sports, and being a solid supporter for them in pursuing their passion,” said Mohamed Allam, CEO of Hassan Allam Properties, in a statement.

“The choice to support Youssef stems from our pride in his success, commitment, discipline and achievements which he worked so hard to attain,” he added. “For someone his age, this required a lot of sacrifice from Youssef, but it has paid off well as he’s now one of the most accomplished young Egyptian athletes of his time in swimming globally.”

With Egypt’s long list of promising athletes, the choice of Ramadan was far from just another sponsorship, but rather for the values he embodies, the statement continued, which fall in line with the ones adopted by Hassan Allam properties in its mission to be the go-to developer for communities – going beyond mere brick and mortar and expanding to nurturing talents, building human capital, and healthy communities for its clients and partners.

It is worthy to note that Ramadan (20 years old), who’s currently a student at Virginia Tech, made it to the semi-finals of the Tokyo Olympics 2020 in the 100-meter fly competition, an unprecedented achievement for his nationals, and has earned the 4th spot in the 100-meter fly at the world short course swimming championships in Abu Dhabi.

He has also received the bronze medal in the 100-meter fly at NCAA 2022. Ramadan is also an African record holder in the short course 4x50 meter medley relay and 4x100 meter medley relay, where he swam using the butterfly method on both relays.

As a leading real estate developer in Egypt, Hassan Allam Properties strives to stay true to its commitment of improving all aspects of living in its urban communities by investing in fully developed lifestyle visions to build healthy communities rife with entertainment and sports amenities and facilities. It is considered a pioneer in the Egyptian market and has successfully carved a prestigious position for itself as a unique and innovative real estate developer.

Hassan Allam Group takes pride in being driven by a vision that puts community and individual needs first, offering a diverse collection of urban communities and touristic destinations that fulfill the demand of Egyptian families looking for superb living experiences and exclusive, charming getaways.

Hassan Allam Properties offers its industry-leading services across 10 well integrated developments crowned by SwanLake Residences New Cairo – SwanLake West and Haptown Mostakbal City. HAP’s project portfolio includes over 15,000 residential units between developed and underdeveloped ones, partnering to that end with leading local and international players in the field of developing and designing exquisite real estate products. These efforts have positioned Hassan Allam Properties as a go-to developer not only in Egypt, but also across the region, as it continues to commit to transforming landscapes into dream-like displays, simultaneously ensuring the highest quality levels in the industry.