Smart Cities: How Do They Function? | Understanding Smart Cities’ Infrastructure and Features

The current era in Egypt can be safely called the “Age of Constructions” given the number of cities, housing projects, and roads being built 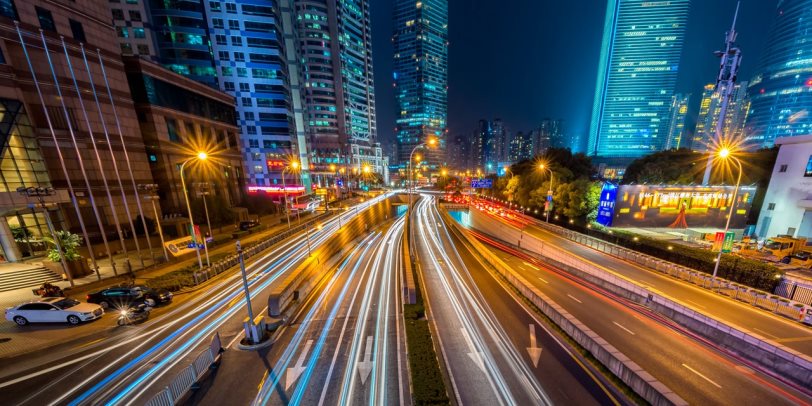 The current era in Egypt can be safely called the “Age of Constructions” given the number of cities, housing projects, and roads being built.

Out of the new 31 cities being introduced in the country, there are 17 fourth generation (smart) ones under the flagship of the New Administrative Capital.  The word “fourth generation cities” strikes in the mind images of automation and modernity, but more has to be understood about such cities.

Characteristics of a Smart City

The European Commission’s definition of a smart city makes digitalization the essence of such place. The commission says a “smart city is a place where traditional networks and services are made more efficient with the use of digital solutions for the benefit of its inhabitants and business.”

For a city to be smart, it must be efficient in eight areas. The aspects are mobility, healthcare, security, water, waste, energy, community engagement, economic development, and housing. A smart city is characterized by “smarter urban transportation networks, upgraded water supply and waste disposal facilities, more efficient ways to light and heat buildings, a more interactive and responsive city administration, safer public spaces and meeting the needs of an ageing population,” according to the European Commission.

Layers of A Smart City’s Structure

As digital technology is the core of a smart city, a research paper titled “Smart Cities: Fundamental Concepts” and published on Springer in 2021 highlights the architecture of the technology platform through four layers.

The first is sensors allowing edge computing, which is a form of computing done near the data source or on site, and not in a remote data center. The second is the “fog”, the network between the data source and the server. The third is a cloud, where it is possible to carry out “analysis, prediction and adaptation.”

Lastly, there is “a neural network core where independent learning occurs” automatically “without human initiated or managed intervention.” The neural network core can be considered part of the cloud. Speaking of the uses of those layers, sensors can be installed in light poles, buildings, cars, and even humans. The “fog” is the hub where blockchain and transactions occur.

Blockchain, in simple words, is a database where different data are stored in chained-together blocks. That database is accessible to many people at a time.

Blockchain can facilitate the management of banking, trade, and currency as well as the electrical grid. In the judiciary, it can play a role in “the provision, interpretation, and verification of evidence and testimony.” Blockchain can also help administer the voting process.

As for the neural network, this is where “the algorithmic system prioritizes problems and works to solve them on its own.” The deep learning done by the neural network covers the areas of “water consumption and conservation, energy management, public health, and economic development.”

For all that to materialize, “reliable and rapid connectivity” is key. That connectivity is crucial for transportation systems in smart cities. Connectivity makes possible the internet of things (IoT) and artificial intelligence (AI).

Consequently, in March, the Ministry of Telecommunications and Information Technology signed with France’s Thales a memorandum of understanding (MoU) to cooperate in developing AI-powered applications in smart cities, transportation, digital government, and smart infrastructure.

The United Nations’ International Telecommunications Union (ITU) published in April an article titled “How AI Will Shape Smart Cities” explaining the role of AI in smart cities. In the energy sector, for instance, AI enables the existence of smart grids that incorporate data analytics and achieve real-time responsiveness.

Those are necessary because smart cities rely on renewables such as solar power and wind, “whose output varies with seasons, the weather and time of day.” Further, AI allows neural networks to determine “how buildings consume energy, recommending adjustments and guide occupant behavior.” Such function of artificial intelligence is dubbed AI for infrastructure as it enables optimized infrastructure operation and maintenance, including waste and water management, transportation, energy grids, and urban lighting.

According to a briefing titled “Artificial Intelligence in Smart Cities and Urban Mobility” issued in July by the European Parliament Think Tank, AI used in cities can be classified into seven categories. In addition to the aforementioned, there are AI for governance, which enables urban planning, tailored subsidy provision, disaster prevention and management; AI for living and livability, safety, security and healthcare, enabling smart policing, personalized healthcare, noise and nuisance management, and improved cyber security; AI for education and citizen participation, furthering informed decision-making; AI for economy, allowing the efficiency of supply chains and better customer solutions; AI for mobility and logistics, enabling autonomous and sustainable mobility, smart routing and parking assistance, supply chain resiliency and traffic management; and AI for the environment; furthering biodiversity preservation, urban farming and air quality management.

Yet, “this requires accurate and real-time data on the state of the assets, the utilization of these assets, and on the environmental factors impacting these assets.” That is why the sensor layers are pivotal. The most precious resource this function serves in saving is water as a result of ensuring that pipelines are always maintained. It also contributes to improved wastewater management.

Another use of AI is smart urban lighting whereby lampposts are equipped with IoT devices that can “collect, communicate and locally analyze data on traffic and pedestrian flows, environmental factors such as air quality, temperature, wind speed and humidity, and acoustic data” to detect gunshot and urban noise.

As for smart waste management, it entails installing sensors at waste containers to measure the filling rate, irregularities in its operation, and how, when, and where waste is discarded. That allows for “smart routing of collection according to the filling rate, but also less nuisance for citizens caused by full containers or defective containers.”

Additionally, incentives can be granted to citizens for sorting their waste. Regarding transport, AI can identify congested roads and automatically regulate traffic flow by accordingly rotating traffic lights. There is also the function of identifying available parking spots.

From all the above, it is evident that smart cities are concerned with inhibiting crises, and the deterioration of utilities and facilities by detecting any damages while still at an early stage, better measuring environmental changes.

Simultaneously, their other main mission is ensuring that residents’ needs are optimally fulfilled by analyzing their behavior to better tailor services and deliver them in the most compatible way.