The Hackathon, held from August 29th to 31st, in Egypt as part of the Saudi Attaa Digital initiative, aimed to raise digital awareness and strengthen partnerships with academic entities and universities 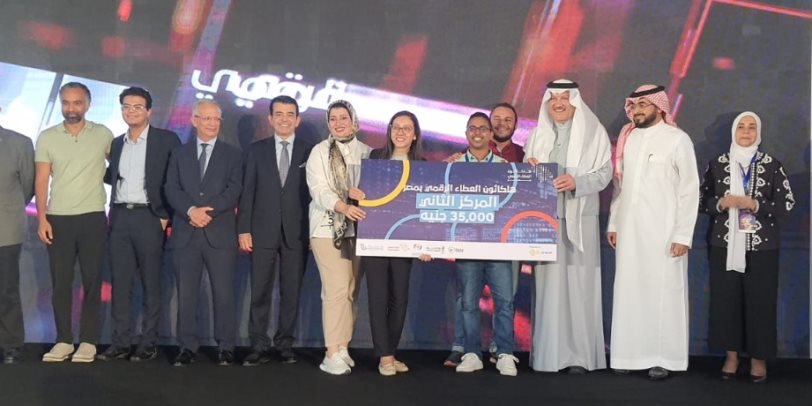 The Information Technology Industry Development Agency (ITIDA) has participated yesterday in the closing ceremony of the first Attaa Digital Hackathon Awards in Egypt.

The Hackathon, held from August 29th to 31st, in Egypt as part of the Saudi Attaa Digital initiative, aimed to raise digital awareness and strengthen partnerships with academic entities and universities.

Engineer Amr Mahfouz, CEO of the Information Technology Industry Development Agency (ITIDA), participated in the closing ceremony and the announcement of the winners of the hackathon.

The closing ceremony was attended also by the Ambassador of the Kingdom of Saudi Arabia to Egypt Osama bin Ahmed Nagli, Dr. Salem Bin Mohammed Al-Malik, the Director General of ICESCO, Mr. Hussein Zain, Chairman of the National Media Authority, Engineer Fares Bin Saleh Al-Saqabi, the Undersecretary Of The Ministry Of Communications And Information Technology for Capabilities And Future Jobs, in addition to a number of presidents of universities, academic institutions, and representatives of authorities and relative stakeholders.

In his speech during the closing ceremony, Mahfouz said: "We are pleased that Egypt hosted the first edition of the Attaa Digital Hackathon, which is the first program to activate the agreement between the Saudi Ministry of communications and Information Technology and the Islamic World Educational, Scientific and Cultural Organization (ICESCO)”.

Mahfouz also stressed the keenness of the Ministry of communications and Information Technology in Egypt to cooperate with its partners to motivate Arab youth to innovate in the development of the digital content industry in the Arabic language, which contributes to preserving our identity and enhancing communication with different civilizations and cultures, and developing the knowledge economy in the Arab countries.

Mahfouz pointed out that the strategy of MCIT puts at the top of its priorities technology innovation and creativity, within the Egyptian state's great interest towards maximizing return on investment and increasing value-added ratios in various industries. He added that MCIT is also focused on the development of research (R&D) in order to achieve maximum benefit from the knowledge economy, which has become the main engine for the progress, growth and prosperity of countries.

Mahfouz explained that being part of the fourth industrial revolution depends mainly on investing in knowledge, and human development, which the Arab countries excel at. He added that Egypt enjoys an abundance of technical skills and talent, as they represent the country’s real wealth.

He added that the Ministry of communications and Information Technology has thus doubled the volume of investments in training and developing digital skills, as the ministry aims to train 225k trainees, at a cost of one billion and 300 million Egyptian pounds in the current fiscal year. He added that Egypt’s digital exports hit $4.9 billion in FY2021/22.