With renewed growth in total new orders, firms were able to keep inventories unchanged for the first time in six months 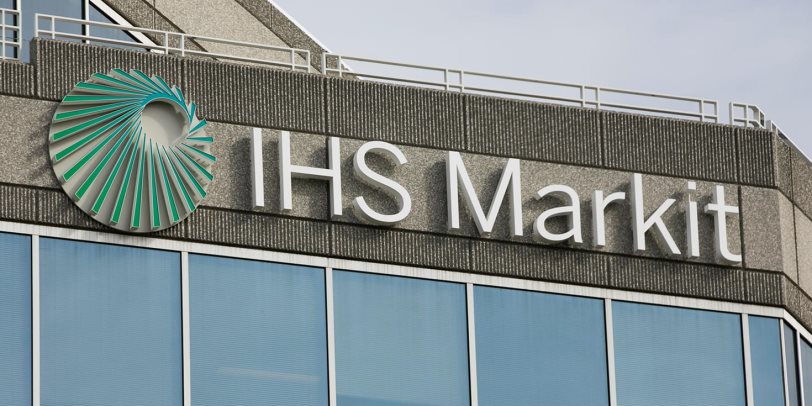 With business conditions in Egypt’s non-oil economy largely stabilizing, IHS Markit lifted Egypt’s Purchasing Managers’ Index (PMI) to rate at 49.9 in June, only a sliver away from hitting the 50.0 neutral threshold.

Climbing from 48.6 in May to hit its highest level since November 2020, HIS Markit attributed the rise to be mostly driven by the Output and New Orders sub-components, both of which rose above 50.0 for the first time in seven months. This pointed towards an increase in activity and new business, wrote their report, which they said had a large impact on strengthening market conditions as COVID-19 measures eased.

Reading above 50 indicates expansion, while a reading below that signals contraction.

The non-oil economy was supported by a renewed rise in activity, increasing export volumes and improving tourist numbers.

With renewed growth in total new orders, firms were able to keep inventories unchanged for the first time in six months and continue to slowly reduce backlogs of work.

“While output and new orders moved into expansion territory, it was the Employment Index that held back the headline figure as job numbers continued to fall overall. However, with demand creeping up and COVID-19 restrictions easing, it might not be long before hiring growth resumes,” said IHS Markit Economist David Owen. 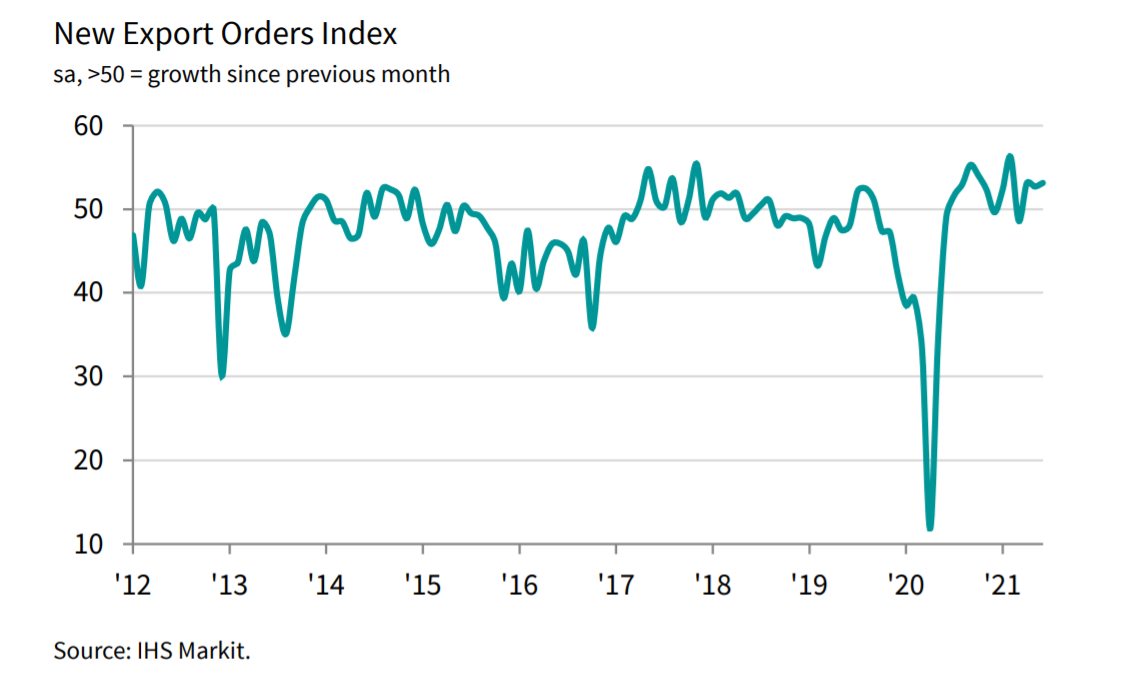 Several businesses reported not replacing voluntary leavers, which saw employment numbers fall. Even though some hired new workers, HIS Markit’s latest data showed that demand growth was not strong enough to require a wholesale boost to employment.

The report noted concerns around inflationary pressures in June, with input prices fast rising due to a sharp uptick in raw material prices, with iron, copper and plastics among those reported up in price.

“The latest rise in cost pressures was the sharpest for almost two years, as commodity prices, particularly metals and plastics, drove a steep increase in purchasing costs,” added Owen.

“For now, firms are largely keeping output charges stable in an effort to boost sales, but we could see a sharp uptick in prices later in the year if demand strengthens and cost burdens become too large,” Owen commented.

Outlook for non-oil activity seems to be positive, with nearly half of all panelists predicting an expansion over the next 12 months, according to the report.

This was often linked to hopes of an improvement in market conditions as COVID-19 restrictions are ended.