Rabie highlighted that around 18,000 ships cross the Suez Canal every year, and that the authority has 17,000 workers 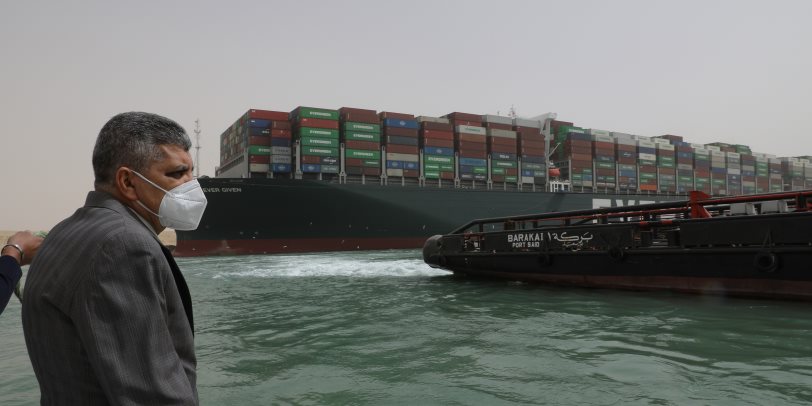 Rabie highlighted that around 18,000 ships cross the Suez Canal every year, and that the authority has 17,000 workers.

Majority of traffic through the canal are container ships and bulk carriers, said Rabie, noting that the incentives offered by the authority in 2020 resulted in a rise of eight percent in vessels using the canal in spite of COVID-19.

Related > Suez Canal gains $2B in revenue despite Ever Given incident

The chairman also highlighted that 422 ships had crossed when MV EVER GIVEN was still stuck. Those were waiting in Port Said, Suez, and Bitter Lakes.

Rabie also pointed out, the affirmed that the accident has nothing to do with the depth as it occurred in the deepest spot of the canal. The official added that all the tugboats used in refloating the container ship are Egyptian, except for one that was rented from the Netherlands.

The Suez Canal chairman asserted that the Ever Given will remain in the Bitter Lake until the investigation is over. Rabie had stated earlier that the analysis of the Black Box is underway and that the primary estimation of the Suez Canal losses is $1 billion.

The chairman had indicated Thursday that the number of ships that cross the Suez Canal daily is 85 and that 84 crossed over the past 24 hours carrying the heaviest load since the waterway was launched in 1869 as it weighs 6.1 million tons.