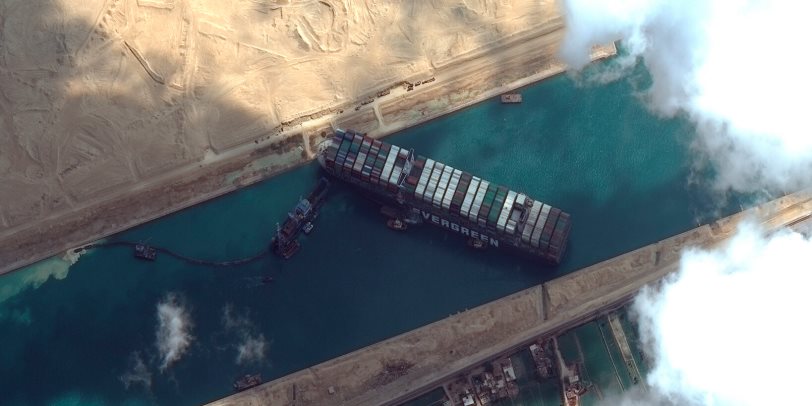 The vessels are being provided with all needed logistics, he added, outlining efforts to re-float the giant Ever Given container ship that has blocked one of the world’s major trade routes.

It’s Day 5 of the Suez Canal/Ever Given saga, which ran aground last Tuesday on 23 March, and so far it is unclear when the ship will be refloated and when the canal can reopen, leading to more possible delays to already strained supply chains, particularly for European manufacturers and automakers, a credit negative.

“The Authority decided to close the shipping lane on Thursday, while on Wednesday, 13 vessels passed through the Suez Canal from the north,” he noted.

Rabie said that any premeditation in the ship’s stranding has been ruled out, and investigations will take place to clarify the truth.

A total of 14 tugboats are taking part in the rescue mission so far.

The SCA Chairperson noted that it is difficult to determine when the container ship saga blocking the Suez Canal will be resolved.

“We have great capabilities at the Suez Canal Authority, and are working to increase and develop them, whilst also having the authority’s mentors who are of the highest competence,” he said.

Rabie offered his thanks to those countries that have offered assistance, including the US and China, mentioning that the authority is studying these offers.

He gave assurances that the work on re-floating the ship is continuing, and that if help is needed. This will be done in agreement with the Dutch salvage company, Schmit Salvage, which has been hired to help remove the ship.