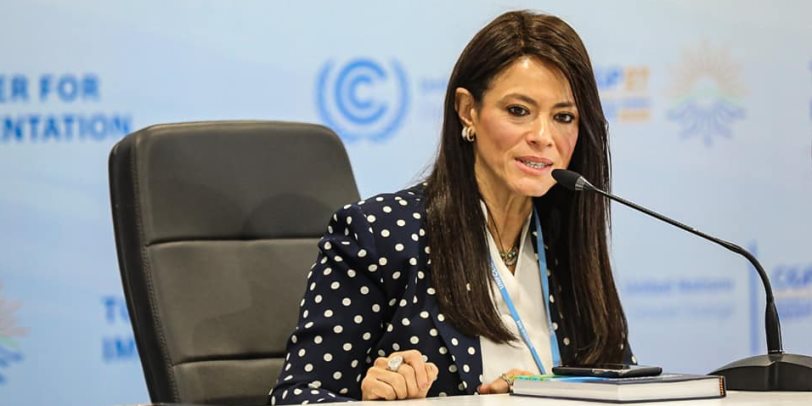 Egypt has released its "Sharm El-Sheikh Guidebook for Just Finance," a presidential initiative launched by the state during COP27 to promote climate-related financing, strengthen multilateral cooperation efforts and international partnerships, and develop an international framework for innovative financing.

Minister of International Cooperation, Rania Al-Mashat, highlighted the growing interest in addressing climate change, with the issue of climate finance becoming a top concern for much of the international community.

The guidebook is consistent with the objectives of the Egyptian Presidency of the Climate Conference to move from pledges to implementation, explained an official statement.

It will also promote comprehensive partnerships with the goal of achieving a resilient and sustainable recovery, facilitating access to equitable financing, and encouraging relevant parties to play their respective roles to support developing countries in their efforts to transition to a green economy.

Al-Mashat pointed out that while developed countries pledged $100 billion during the Glasgow Climate Conference, the current need has doubled to $200 billion according to international reports and indicators.

The guidebook was prepared to serve as a practical guide to promote and facilitate joint and coordinated efforts between developmental partners in order to stimulate climate financing.

The Sharm El-Sheikh Guidebook for Just Finance is based on 12 key principles, serving as a framework for stimulating partnerships between all relevant parties, particularly the public and private sectors, to drive the transition towards a sustainable green economy

- The right to access climate finance is guaranteed, especially in countries and regions most in need

- Support developing countries to provide funding to strengthen their resilience to climate change.

- Establishing an effective governance system and establishing regulations for green markets, and activating an efficient monitoring and evaluation system.

- Ensuring harmonization of climate finance across sectors in the light of balancing mitigation and adaptation efforts.

- Strengthening transparency and accountability systems through the development of common standards for climate finance.

- Enhancing coordination among all parties involved in financing, which contributes to the launching of investment opportunities in developing countries.

According to an official statement, consultations with more than 100 relevant parties were held to create the document. This included representatives from governments, multilateral and bilateral development partners, the private sector, commercial and investment banks, climate finance funds, think tanks, and non-profit organizations.