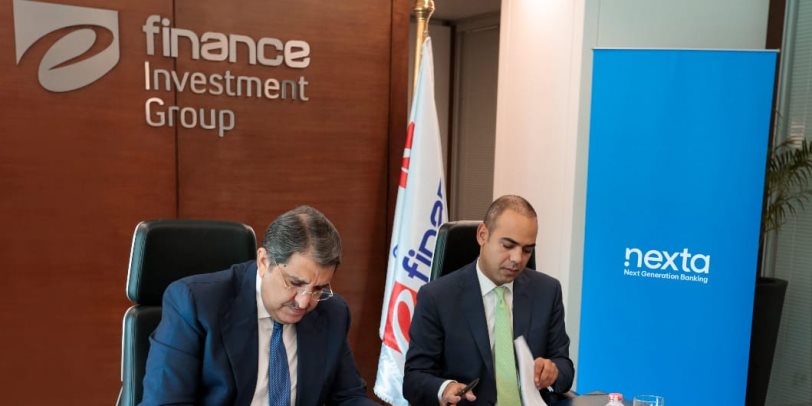 Egyptian FinTech startup Nexta secured a $3 million investment from state-owned digital payment solutions provider e-finance Group, which the startup will be directing towards its app’s launch, talent acquisition and other tech investments.

Nexta aims to disrupt the local FinTect scene with its “next-generation banking” app and card.

Nexta, which plans to launch its banking app in the coming months, obtained a provisional license from the Central Bank of Egypt (CBE) last year, is looking to complete the rest of the CBE’s requirements to receive the central bank’ final approval for the agent banking license it needs to launch its services in the country.

According to the company, the Nexta card will aggregate users’ existing payment cards, allowing more effortless money transfer, and tracking spending, among other features. The app will have a partner bank to handle settlements and act as an intermediary between itself and the CBE.

“We’re trying to build next-generation banking and provide a seamless user experience to the consumer. We want to make easy and instant onboarding, card aggregation, linking all of your cards, and several methods of cash-in features. That’s the first thing we are going in with the soft launch, and budgeting and tracking spending. And then we’ll add more features every month or quarter more features to solve the pinpoints of Egyptians,” said co-founder and CEO Ahmed Hisham to TechCrunch.

“Nexta is among the promising companies financed by the group within several targeted investments. It’s worth noting that the Group took part in establishing Nclude—an investment fund—to invest in emerging fintech companies, thus improving the current and future direction of FinTech in Egypt,” said Ibrahim Sarhan, e-finance’s Chairman and CEO.

The app currently has a limited signup list from its website, engaging to-be consumers through content marketing in preparation for its launch. Hisham declined revealing to TechCrunch how many subscribers are on the company’s waitlist.