Through the COP27 partnership, the Coca-Cola system aims to continue exploring opportunities to build climate resilience across its business, supply chain and communities 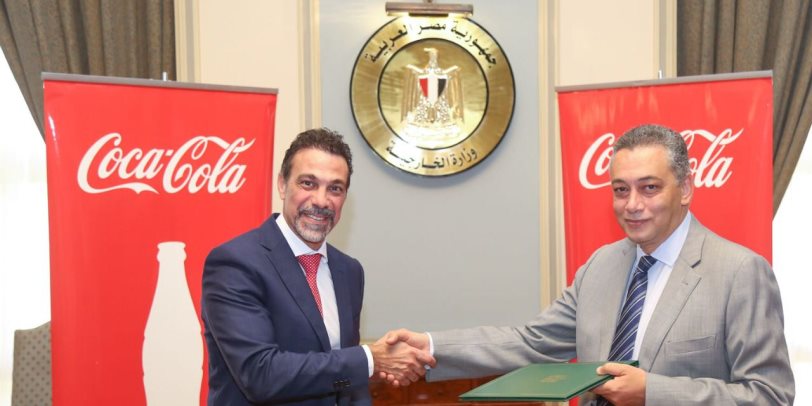 In partnership with Egypt’s Ministry of Foreign Affairs, the Coca-Cola system announced its sponsorship of the 27th Annual United Nations Climate Change Conference of the Parties (COP27). The United Nations conference, to be hosted on November 6-18, 2022, in Sharm-El Sheikh, provides a platform for governments, the private sector and civil society to discuss their role in creating solutions that help alleviate the adverse impacts of climate change.

“Climate is a key area of focus as The Coca-Cola Company works towards its 2030 Science Based Target of an absolute 25% emissions reduction and its ambition to be net zero carbon globally by 2050. Coca-Cola in Europe already has a goal to achieve net zero greenhouse gas (GHG) emissions in its entire European value chain by 2040, while The Coca-Cola Company’s bottling partner in Egypt, Coca-Cola Hellenic Bottling Company (Coca-Cola HBC), announced in 2021 their commitment to reach NetZero emissions across their entire value chain in all markets where they operate by 2040,” explained a statement by the company.

“Through the COP27 partnership, the Coca-Cola system aims to continue exploring opportunities to build climate resilience across its business, supply chain and communities, while engaging with other private sector actors, NGOs, and governments to support collective action against climate change,” it added.

Ambassador Achraf Ibrahim, general coordinator of organizational and financial aspects of the conference, introduced Coca-Cola as provider and supporter of COP27. He highlighted the major role played by the international private sector in promoting sustainable business models and supporting the agreed climate goals. Moreover, he assured that a warming planet is a major challenge against sustainability, and with climate change circumstances, it's harder to find sustainable resources. Ambassador Achraf Ibrahim showcased Coca-Cola contributions to the conference in Sharm-El-Sheikh and he's looking forward to continuation of this support for impactful and beneficial COP.

During the signing ceremony held at The Ministry of Foreign Affairs offices in Cairo, Coca-Cola North Africa Vice President of Operations, Ahmed Rady emphasized “Coca-Cola’s firm belief that working together through meaningful partnerships will create shared opportunities for communities and people around the world and in Egypt.” He further expressed his pride that Egypt is the host country for one of the most important global events, COP27, praising the efforts made by the Egyptian government to place the issue of climate change at the top of its priorities within the framework of Egypt’s Vision 2030.

“We know that global challenges like plastic waste, water stewardship and climate change are far too great for any single government, company, or industry to solve individually,” said Michael Goltzman, Global Vice President of Public Policy and Sustainability at The Coca-Cola Company. “COP27 gives us an opportunity to continue engaging with experts, nonprofits, industry, and governments to support actions toward sustainable change across our value chain.”

Marcel Martin, Chief Corporate Affairs & Sustainability Officer at Coca-Cola HBC said “Coca-Cola HBC has been recognised in numerous global ESG benchmarks as a leader in sustainability. We are proud of the significant progress towards our NetZeroby40 goal that we have achieved to date, having reduced CO2 emissions in our end-to-end supply chain (scopes 1,2 & 3) by 30% since 2010. We recognise that still we have a lot of work to do to reach our goals and our business unit in Egypt will play a critical role in helping to deliver our commitments. COP27 will be an important platform for us to connect with new partners as we seek to accelerate our actions.”