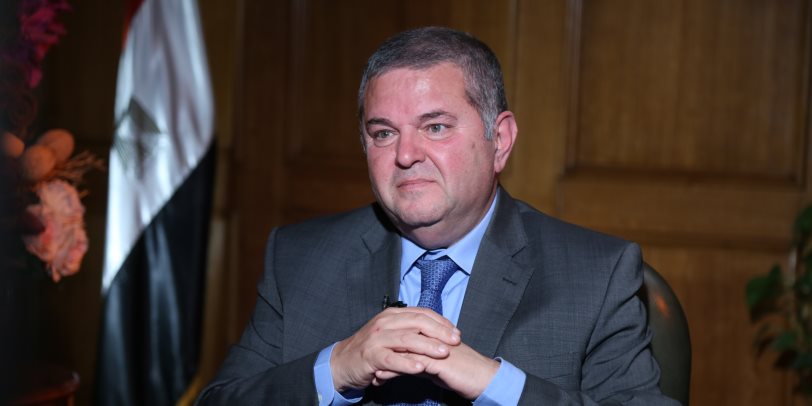 Egypt’s Ministry of Public Business Sector will compensate a minimum of LE 255,000 for 2,500 employees that had worked at the recently liquidated Egyptian Iron and Steel Company.

According to a statement by the ministry, employees will be compensated no less than LE 225 thousand per worker.

This comes after days of controversy as the Egyptian Trade Union Federation announced its opposition to the liquidation of the company, calling on all concerned bodies to overturn it and form a national commission of experts to look into the step's ramifications.

The board of directors of the Egyptian Iron and Steel Company passed on a resolution liquidating the company and dividing it into two new companies, citing long-term chronic losses. The company has been one of the country's industrial icons since its establishment in 1954 and start of operations in the early 1960s.

The liquidation resolution stipulated the company will be divided into a company for iron and steel and another for mines and quarries.

The move lays the groundwork for private sector investments to play a role in the two new companies in the future in light of the state’s plan to make use of its loss-incurring assets and untapped opportunities, according to the ministry.

The company’s board said the decision was made as a result of the heavy losses that have been accumulating over the years, which hit EGP 9 billion, EGP 982.8 million of which were lost between July 2019 and June 2020.

The liquidation resolution triggered anger among workers, various MPs, as well as some in the business community in Egypt; all called on the government to reverse its decision.

According to the balance sheet of the company, which is listed in the Egyptian Exchange (EGX), the company’s total value of assets witnessed a modest increase from 2017 through 2021.

The company’s registered capital is estimated at EGP 500 million.

The Egyptian Iron and Steel Company (HADISOLB), an affiliate of the Metallurgical Industries Company, is a major iron and steel production company operating in the public sector, with total investments estimated at EGP 650.7 million, according to the company’s data.