Representatives also signed a cooperation agreement in various spheres, including maritime transport and ports and astronomical and geophysical research 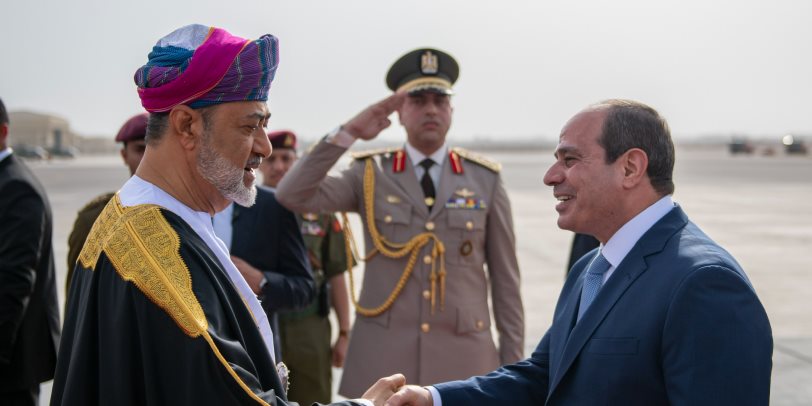 Egypt and Oman have signed several agreements and memoranda of understanding as part of President Abdel Fattah Al Sisi’s visit to Oman. The visit aims to consolidate bilateral relations between the two countries and discuss areas of common interest.

Oman’s Ministry of Commerce, Industry & Investment Promotion (MoCIIP) signed a MoU with General Authority for Investment and Free Zone on promoting investment, and with the Egyptian Export Promotion Center on exports development.