Tourism Minister praises initiative, saying that it would contribute to an increase of tourism influx to the country 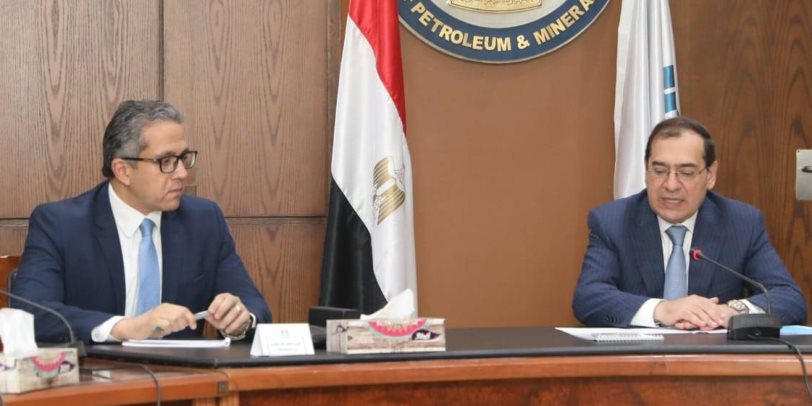 Minister of Petroleum and Mineral Resources, Tarek El-Molla, has announced the ministry’s newest initiative to further cut aviation fuel prices by 15 cents, which would equal to around LE 2.35 per gallon, effective January 21 until the end of the year.

The announcement was made during a meeting with Minister of Tourism and Antiquities, Khaled El-Anani, and and Minister of Civil Aviation, Mohamed Manar Enaba, on Wednesday.

El-Molla states that this step is meant to boost both tourism and petroleum sectors, helping them climb out of the current economic fall due to the COVID-19 pandemic’s effect which saw flights in and out of the country suspended early in the year.

A statement issued by the Ministry of Petroleum and Mineral Resources states that the two ministers discussed a number of issues related to promoting tourism, in addition to introducing new incentive programs to lure more tourists back to Egypt.

El-Anani praised the initiative, saying that it would contribute to an increase of tourism influx to the country, encouraging world tour operators to begin organizing more trips to Egypt.

Enaba noted that, through its initiatives, the petroleum sector has continuously taken on a pioneering role in supporting aviation, adding that the petroleum, civil aviation and tourism sectors are working in full coordination and cooperation.

Both ministers had previously agreed on a price cut at the beginning of 2020, reducing it by a total value of 10 cents per gallon at the time