Overall real GDP growth among the OICs is expected to hit 4.3% by the end of the year, while WB forecasted a 4.2% growth in 2022 for the region’s GDP 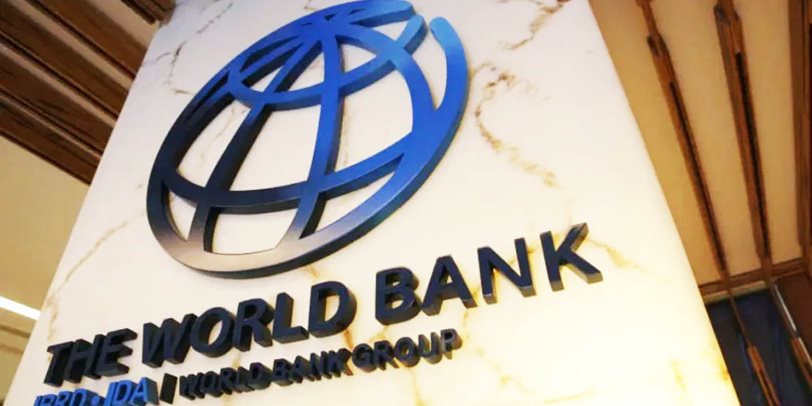 In its October 2021 MENA economic update, the World Bank explained that oil importing countries’ (OICs) performance in the Middle East and North Africa (MENA) was dominated by Egypt’s economic recovery, which accounted for more than half of the region’s GDP.

Overall real GDP growth among the OICs is expected to hit 4.3% by the end of the year, while WB forecasted a 4.2% growth in 2022 for the region’s GDP.

The COIVD pandemic’s cumulative cost on the MENA region’s GDP in 2021 is estimated to be around $200 billion, the report noted.

Although GDP growth levels are expected to climb higher than pre-pandemic levels, Egypt remains “constrained by anemic private sector dynamism,” highlighting a 14% year-on-year increase in in public investments in 1Q2021 compared to a 43% drop in nominal private investments during the same three months.

The report pointed out that each economy’s performance in the region depends heavily on its exposure to commodity-price fluctuations and how well it managed the pandemic.

The WB highlighted stressed public healthcare systems as a main cause of the region’s slow recovery, with many countries overestimating their systems’ ability to cope with the pandemic. The report suggested that this could be due to “the region’s young population [creating] the statistical illusion of a healthy population.”

Egypt’s 2019 government expenditure on the healthcare sector was one of the lowest in the region in terms of percentage of GDP, recording 1.42% of overall government spending. 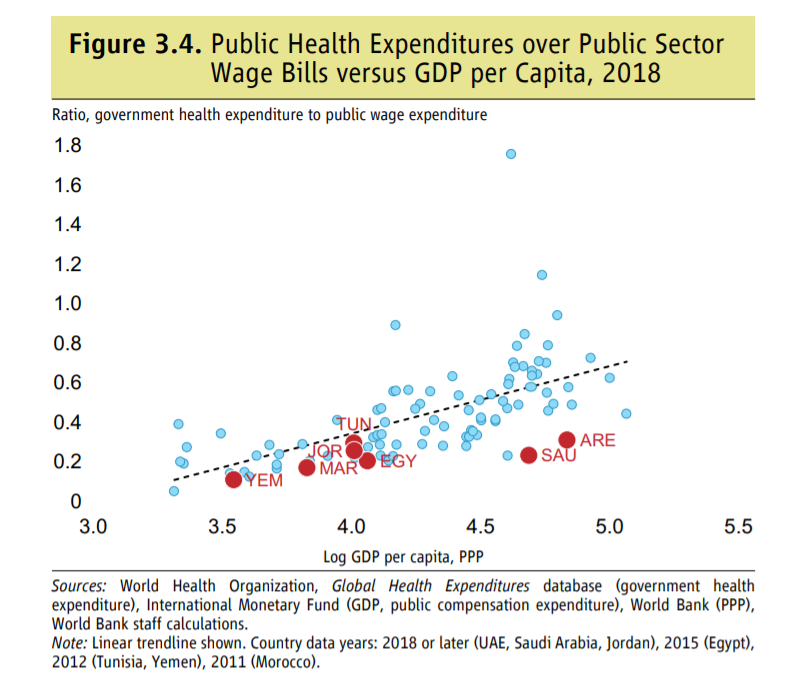 “The pandemic’s crippling impact on economic activity in the region is a painful reminder that economic development and public health are inextricably linked. It is also a sad reality check that MENA’s health systems which were considered relatively developed, cracked at the seams under the crisis,” said Ferid Belhaj, WB’s vice president for MENA.

In Egypt’s 2021-2022 sustainable development plan, released earlier this year, the government said it plans to aggressively ramp up its investments in healthcare infrastructure to EGP 4.7 billion, up 205% y-o-y.

Going forward, there must be a stronger focus on building core public health functions and leveraging the power of health data and preventive health systems to accelerate the region’s recovery and to prepare for future public health emergencies that may arise due to future pandemics, climate-related disasters and even social conflict, according to Belhaj.

As per the report, 13 out of 16 countries in the region will have lower standards of living in 2021 than their pre-COVID levels. 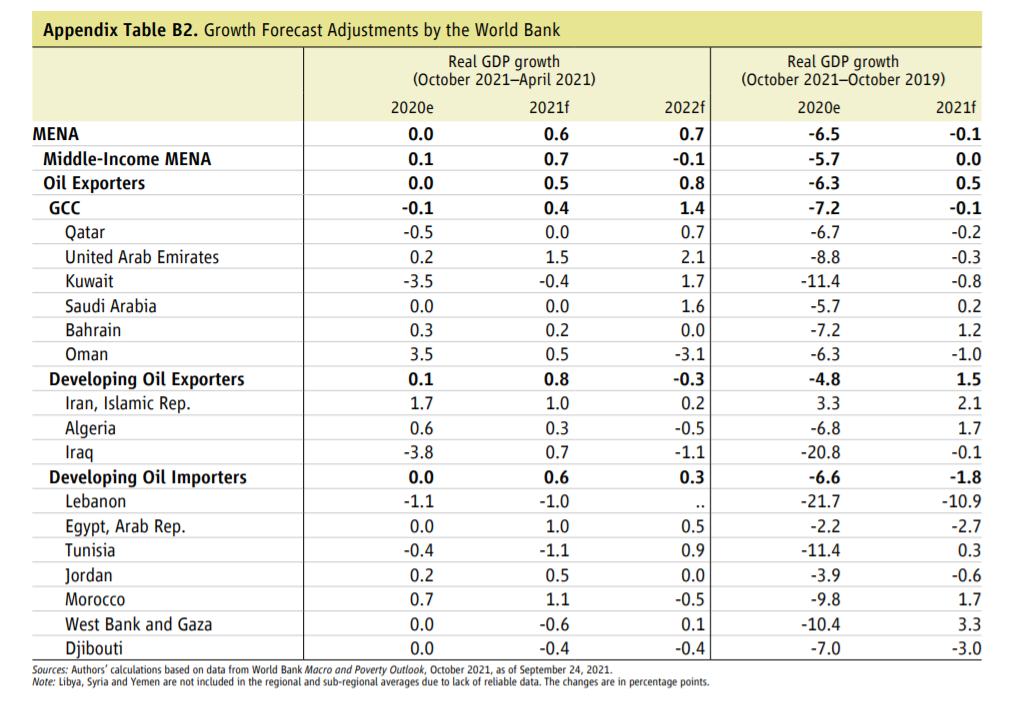