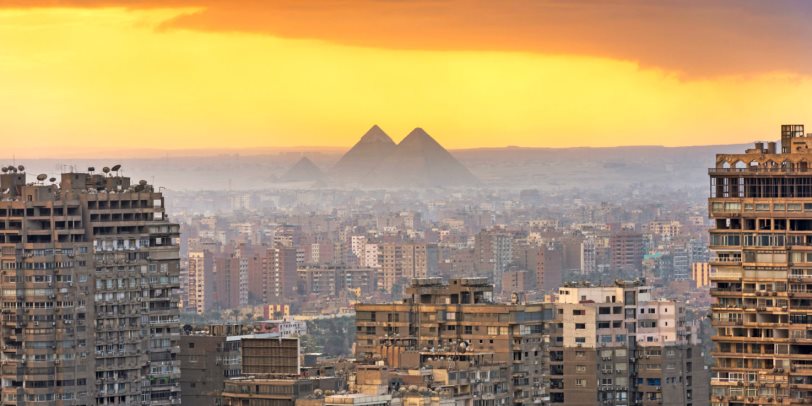 Egypt has been working towards the localization of many industries and turning into a manufacturing hub that would supply Africa and the region, leveraging its unique location.

Attracting foreign direct investment (FDI), is paramount, to bringing in not only money but also new technology. That is in addition to its most important functions, which are creating employment opportunities and contributing to the economic growth of the country. However, global crises are disrupting the progress achieved so far, so solutions have to be devised.

According to the World Investment Report by the United Nations Conference on Trade and Development (UNCTAD) published in June 2022, Egypt was the second largest recipient of FDI in Africa in 2021 with a $5.1 billion, in spite of the 12-percent decline.

Former Chairman of the General Authority of Free Zones and Investment (GAFI) Mohamed Abdel Wahab stated in December that Egypt had garnered FDI worth $11.6 billion in non-petroleum sectors during FY2021/2022, achieving a growth of 81.3 percent compared to the previous fiscal year, and that is the highest in 10 years.

The largest share of FDI (42 percent) is reinvested earnings, which grew by 11 percent ($525.7 million) to hit $4.9 billion. The second largest is composed of inflows aimed at founding new companies in Egypt ($282.2 million) and expanding existing ones. Those rose by $2.1 billion to become $3.4 billion, representing 29 percent of total FDI. Sales of companies and productive assets came third (20 percent) as they recorded $2.3 billion with a spike of $2.2 billion. As for the fourth and last place (nine percent), it went to the purchase of real estate units at $970.3 million with a rise of $353.9 million.

Given that one-fifth of FDI achieved in the last fiscal year is the outcome of asset sales, more has to be done to achieve sustainable in-flows. As indicated on GAFI’s official website, the sectors targeted for FDI are of real estate, ICT, mining, education, healthcare, financial services and insurance, agriculture and land reclamation, tourism, pharmaceuticals, food industries, oil and gas, textiles, transport and logistics, electricity and renewable energy, retail, and automotive.

The government had already created the three-month “Golden License,” which is a single approval to buy/rent land, operate, and manage projects. The license is offered to investors implementing projects of priority to the government, and can be extended for an additional three months in case of tangible progress.

Most Attractive Sectors for FDI

Economic and Financial Researcher Fathi al-Gazzar tells Business Today Egypt that the most attractive sector now in Egypt for FDI is that of energy due to three main reasons. One is the ongoing international race to secure energy. The other is the appeal of the sector to developed countries. And, the third is the low supply that ensued from the Russia-Ukraine War.

He clarifies that investors would be interested in both traditional sources of energy and renewable energy. The interest in renewable energy in particular stems from the fact that Europe is undergoing an energy crisis, he says. In addition, developed states want to expand developing countries’ reliance on renewable energy, and hence, save up more natural gas for themselves, Gazzar adds.

“There is a thirst in the energy sector now,” the researcher reiterates. On the other hand, “other sectors are currently much less attractive because of the currency crisis, while foreign investors want to repatriate their profits. Also, direct investment is a long-term one... The problem here in Egypt is that the local market is not stable on the side of consumers,” Gazzar points out.

Assistant Professor of Economics at the University of Beni Suef Mohamed Rashed agrees that the most attractive sectors are those pertaining to energy, such as oil and gas exploration, and renewable energy, like solar power, wind energy, and green hydrogen. Yet, he also sees potential in the sectors of petrochemicals, food, and real estate development.

How to Become More Interesting

To attract foreign investments, “we need attractive investment legislations, economic stability, and profitability ... The Golden License is useful for a very short period of time, but later investors will have to deal with a lot of bureaucracy. Also, the administrative measures a business will be handling on the long run must not be changing at a high frequency. They have to remain unchanged for a long period of time,” Gazzar stipulates.

“As for profitability, it is intertwined with the market dynamics. The decline in the Egyptian pound’s value is only attractive if the investor is sure that the rate is fair, and that it would not sharply go down anytime soon, as that affects projections pertaining to costs and revenues,” Gazzar highlights.

Similarly, Rashed suggests that in order to ensure the sustainability of FDI flow, a stable legislative and institutional environment must be ensured, in addition to the sustainability of high economic growth, decline in inflation, stability of the foreign exchange market, speed of the issuance of licenses, and simplification of measures by abandoning bureaucracy.

Gazzar says that if an investor builds a plant in Egypt with the aim of exporting, their main market will have to be Africa because Europe and the United States are mainly interested in raw materials. “That is not viable to our economy, as we want to boost the added value. By contrast, targeting Africa with semi-finished goods can be lucrative,” Gazzar explains.

Rashed shares the same point, highlighting that the trade deals Egypt has, especially those of the Common Market for Eastern and Southern Africa (COMESA) and African Continental Free Trade Area (AfCFTA), are an important factor in attracting FDI. “That is especially true of multinationals, which now want to make up for the weakening of existing supply chains and that have been proved flawed since the outbreak of COVID-19. Egypt is one of the countries that are eyed as a doorway to African markets, given its location between Europe and Asia,” Rashed clarifies.

Gazzar anticipates that the “Flight to Quality” behavior, fear of investing in developing countries, and recession that began in 2022 will persist in 2023, and even in 2024, if the intensity of the war does not ease.

Rashed explains that the high inflation that occurred in the aftermath of the Russia-Ukraine War prompted central banks to raise interest rates, including the Federal Reserve, which raised the rate to 4.5 percent. “That has incurred the withdrawal of many direct investments from developing states, whose currencies deteriorated because of high inflation,” Rashed adds. However, he is more optimistic, estimating that a gradual increase in the flow of FDI into Egypt may happen in the second half of 2023, showcasing the very high rank the country enjoys on the continent in terms of attractiveness to FDI.

With regard to foreign direct investments al- ready in the market, the economics professor suggests that they can be encouraged to expand through the elimination of the malfunction in the foreign exchange market and the currency black market. That is in addition to offering tax discounts, and introducing more free zones, which grant investors tax and tariff discounts as long as they export at least 50 percent of production.

*This article was published in our Dec 2022/Jan 2023 issue. Catch our latest issue here.