Culture Building Amidst the "Great Resignation"

The Great Resignation may be a new phrase to many, but to researchers, it’s been a long time coming 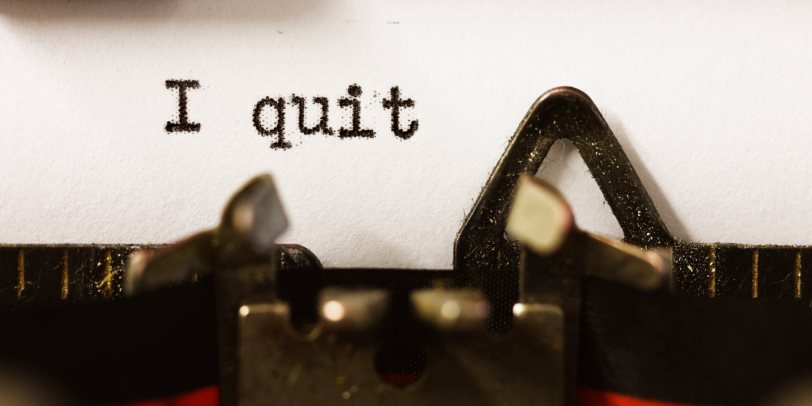 As published in our September 2021 issue, click here for the latest issue

Self-reflection and job satisfaction became central to the workforce in the past year amidst the time for reassessment and reflection posed by the pandemic.

Shifting careers, or simply moving from one company to another, is often triggered by significant shocks to the system; these range from positive major life events such as a successful side business launch or a new baby, or simply a global shift such as those brought on by the pandemic.

According to a Microsoft survey of more than 30,000 global workers, around 41% were considering quitting or changing professions this year, while 38% planned to quit in the next six months to a year in a separate study by HR software company Personio of workers in the UK and Ireland.

Researchers and economists have named the mass-turnover event “the Great Resignation.”

There are numerous reasons for people to seek change, and workers who had previously already been on edge about their current workplaces – with issues stemming from problematic managers to poor existing company culture – might have had their eyes opened by the pandemic and the uncertainty it brought.

The pandemic’s atmosphere unlocked a new perspective and focus for workers around the globe, leading to a renewed motivation to pursue dream jobs, start a new business, or even transition to being a stay-at-home parent; but for some, the pandemic provided an opportunity to experience how employers and their company cultures served their employees.

Ultimately, companies are in competition to attract and keep top talent; with millennial and Gen-Z knowledge workers stepping out of the pandemic’s shadow with a new outlook on how they evaluate their careers, work-life balance, and work satisfaction, companies will need to take a step back and assess their company culture to avoid or lessen the effect of the “great resignation”.

Setting up a company culture of success

Building a strong and cohesive company culture is one of the easiest ways to differentiate and boost your employer brand, leading to reducing turnover and attracting new top talent.

Despite common preconceptions, a company culture doesn’t start when a plan and strategy is drawn or even when you launch your new human resources department, it begins as soon as your first employee walks in through the door.

For those working in major companies, most leaders jump into an already established culture, but it is up to you whether to nurture or reconsider how your company treats its employees.

For young startup founders and teams, the focus is mainly directed to building a product and looking for a product market fit, kicking the idea of establishing a company culture to the backburner; as a supposed strategy to look at down the line when they hit 50, 100 or more employees.

Yet culture is one of the highest impact activities to dedicate your energy towards and thereby ensure growth and productivity.

“When a business closes their doors, one of leading causes is leadership or management which is often stated as poor team composition, incompetence (living too high for the business or emotional decision-making), all of which can be linked directly to culture” she wrote.

A strong culture informs employees of what is expected of them, courts the best and most motivated employees, and builds the foundation for a long-term, successful enterprise.

For startups, a positive company culture allows them to compete with larger companies to attract top talent, while more established companies use it to strengthen their employer branding for attraction and retention – ensuring that hours of employee training and development stays within the company.

Companies will need to understand its culture in-depth, and enforce its culture at all times, to keep ahead of the great resignation, as it not only supports a company’s brand and identity but also ties the company’s employees together through shared vision and expectations.

Setting the tone and building up the core of company culture lies on everyone’s shoulders in an organization, but oftentimes it is those at the top who lead, directing a company-wide culture in a certain direction.

Company culture tends to reflect its founders or CEOs – their personality, strengths, weaknesses, and attitude – making them defining figures in its establishment. Through their actions, a culture begins to form or evolve; founders or CEOs who openly communicate with an open-door policy or practices transparency with their teams will foster the foundations of a culture of transparency.

The human resources department or lead is often overlooked, particularly for startups with a small number of employees, but play a vital role in promoting and nurturing the culture based off of the core values and actions of founders and CEOs.

Through this, an HR lead may elevate the culture by creating a playbook or set of rules, and establishing guidelines for hiring new individuals that fit the culture.

So, how can you begin the journey to set up a company culture for success?

Defining the Mission and Vision

A positive work environment enhances people’s productivity and motivation. The daily grind and occasional stress are a part of working, however offsetting this by a great place to work is essential for their sanity, your success, and the success of the business.

Invest in your office space, hire a consultant if possible, and select themes, colors and fun elements that reflect the company’s values and industry. Inspired by the world’s biggest tech companies, consider a break area that promotes a friendly atmosphere and encourages taking breaks to reduce stress and raise productivity.

Company culture lies in its people and how different teams and personalities work and interact with each other, which is how team building exercises, and even days, have been growing in popularity.

It is essential to invest time in company retreats and team building days, because an effective team building exercise builds trust, mitigates conflict, encourages communication, and increases collaboration, particularly with teams that don’t usually work together. Friendly competition has also been shown to increase productivity in the workplace.

Giving the Freedom to Fail

Admitting and accepting a failed task, product or etc. allows people to take ownership of their work and enhance their accountability, which in turn lets people be more open to innovating – whether it is a new product or working methods.

Creating an environment that accepts failure, encourages employees to propose solutions and test options is key.

Failure is a part of experimenting, and any business and industry can learn a lot from mistakes and experience.

Open a clear line of communication

Another Microsoft survey states that 1 out of 5 workers say their employer doesn’t care about their work-life balance, while a whopping 54% says they feel overworked and 39% explain they feel exhausted. These are all prime reasons why people leave their jobs and current turnover behaviors.

Working from work, a key feature of the pandemic’s effects on the workforce, have forced workers to feel the pressure to keep up and be available at all times, which have led to burnout and prompting a re-evaluation of their job satisfaction. However, many leaders are only able to see the higher productivity levels or ease of access to their employees through ad hoc virtual meetings at any time of the day.

Companies should train managers and team leaders on how to facilitate an open communication culture to encourage team members to speak up about any issues, concerns or comments.

Without fostering an open company culture, leaders are unable to understand what happens behind the computer screens and are unable to catch issues before they escalate to its final phase – a reason to resign.