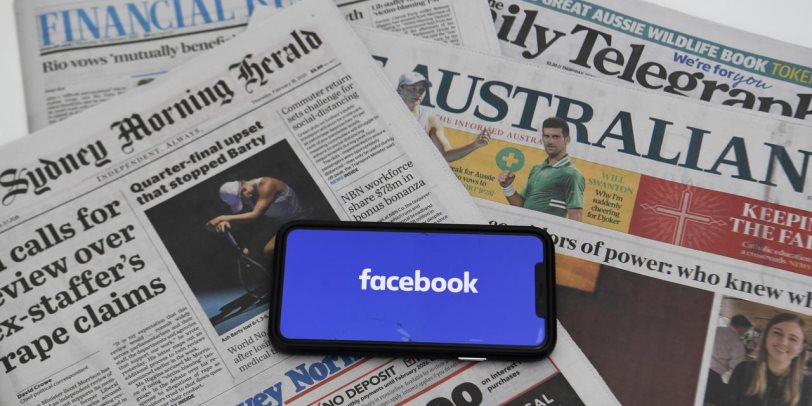 In a dramatic escalation of events, social media giant Facebook has blocked people in Australia from publishing and reading news on Wednesday in retaliation to Australia’s new News legislation that would force Facebook and Google to pay news publishers for posting news on their platforms.

Australia’s Health Minster Greg Hunt has slammed the action calling it arrogant, outrageous and unacceptable, expecting that Facebook will reverse the block and never repeat.

Hunt went on to call it an assault to people’s freedom, and an “utter abuse” of big tech, adding that the government will not be intimated.

Australians can't see any news stories on Facebook this morning after the company banned local users from posting article links. Both local and international outlets are blocked. E.g. This is what the BBC looks like in Australia pic.twitter.com/SJ4XBM8RnC

Australia Prime Minister Scott Morrison later lashed out on his own Facebook page, writing “Facebook’s actions to unfriend Australia today, cutting off essential information services on health and emergency services, were as arrogant as they were disappointing”.

On the other side of the corner, Google has actually announced that it has taken the opposite approach, striking deals with several publishers to pay for some of their content.

Announced on the same day, Google announced its closed deal with Rupert Murdoch's News Corp., which owns The Wall Street Journal, to pay for its journalism and content.

Facebook has definitely taken the nuclear option compared to Alphabet Inc.’s Google, even though both had previously threatened pulling access to their platforms to Australians in protest of the new law.

Other than News Corp., Google has made several positive strides.

Major Australian media organization Seven West Media reached a deal earlier in the week. Their rival Nine Entertainment is reportedly close to its own pact, and state-owned Australian Broadcasting Corp. is in negotiations.

The Australian government accused Facebook of endangering public safety by temporarily blocking state emergency services messaging on a day when there were severe fire and flood warnings in various parts of Australia.

Facebook said in a statement that “Any pages that are inadvertently impacted, we’ll look to reverse.”

Defending their actions, Campbell Brown, Facebook's vice president of global news partnerships, wrote in a blog post that "What the proposed law introduced in Australia fails to recognize is the fundamental nature of the relationship between our platform and publishers”.

"This legislation sets a precedent where the government decides who enters into these news content agreements, and ultimately, how much the party that already receives value from the free service gets paid," William Easton, managing director of Facebook Australia and New Zealand wrote in a blog post.

"We will now prioritize investments to other countries, as part of our plans to invest in new licensing news programs and experiences."

Under the proposed Australian legislation, tech platforms such as Facebook and Google  will have to negotiate with publishers over access to links to news stories.

In addition, the bill requires platforms to give news outlets notice when algorithms are changed that may affect the visibility and reach of news stories.

The law could pass in the Australian Parliament as soon as this month.

Facebook and Google have resisted the proposed legislation in Australia and have publicly threatened to pull out of the country over the effort to compensate news organizations.