Egypt has moved from forty-first place in January 2019 to fourth place in December 2020, according to the Minster 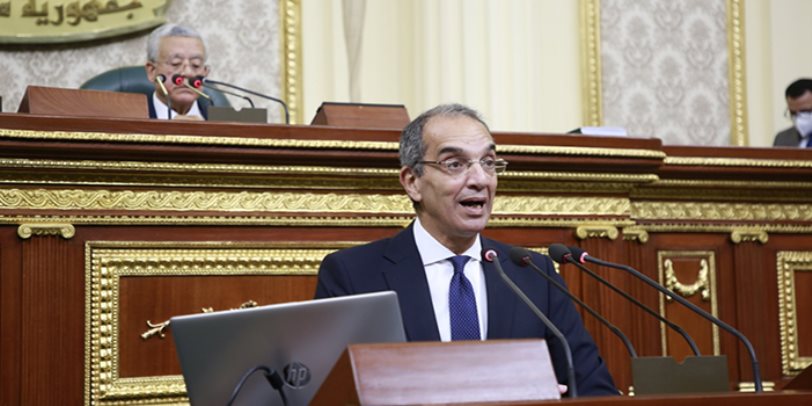 The Ministry of Communications and Information Technology has implemented a plan to raise internet efficiency, at a total cost of LE 30 billion, while the total cost of 2021’s part of the plan is around LE 5.5 billion.

Minister of Communications and Information Technology, Amr Talaat, stated that development efforts contributed to the progress of Egypt's ranking in terrestrial internet speed on the African continent, during his speech at the House of Representatives on Sunday.

Egypt has moved from forty-first place in January 2019 to fourth place in December 2020, according to the Minster.

The Information and Communications Technology sector has maintained its position as the sector with the highest growth with a growth rate of 16 percent during the current year, the minister explained. The sector’s contribution to the Egypt’s GDP increased from 3.2 percent to 4 percent to reach 4.4 percent, he went on to say.

Talaat explained that 50 databases for the information infrastructure were added in partnership with the Administrative Control Authority, bringing the number of databases to 70.

He said that the Ministry of Communications and Information Technology is cooperating with all sectors of the state to achieve digital transformation by working on two axes, namely, citizen services and developing government performance. Where a project is being implemented at a cost of up to 3 billion pounds to digitize government services and make them available through 4 outlets. Post offices, and government services centers.