The ClimaTech Run 2022 aims to attract and motivate technology startups working in the field of combating climate change, and is within the framework of preparations for COP27 which will be held in Sharm El-Sheikh in November 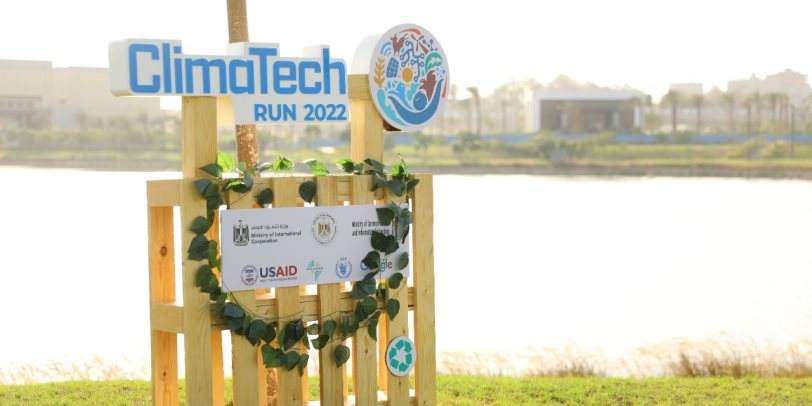 The ministries of International Cooperation, Environment, and Communications and Information Technology launched “ClimaTech Run 2022,” a competition dedicated to attracting international startups within the climate action and technology space.

The ClimaTech Run 2022 aims to attract and motivate technology startups working in the field of combating climate change, and is within the framework of preparations for COP27 which will be held in Sharm El-Sheikh in November.

“Climate-focused African tech startups lag significantly in terms of investment inflow, receiving only 0.2% of venture dollars compared to 94% for the United States, Canada, China, and Europe,” explained an official statement by the Ministry of International Cooperation (MoIC).

The competition has two main tracks, startups working in the field of climate technology in the “ICT for Climate Action Track,” and digital art in the “DigitalArt4Climate Track”.

It also aims to increase the role that these startups and digital artists play in raising awareness about climate change and sustainability, with the competition open to those in various fields including clean energy, smart transportation, and food security, as well as promoting circular economy efforts in Africa.

“This event sends a powerful message that through innovation, startups, and youths, we can better our environment, for our lives and for the future generations as well,” said Minister of Communications and Information Technology Amr Talaat during the launch of the initiative.

According to the MoIC, the competition will be broken down into three parts, starting with the registration period which will run all the way until September 22. A shortlist will be announced on October 5th said MoIC Minister Rania Al-Mashat during the launch ceremony.

The second phase starts during COP27, where qualified applicants will be given the opportunity to present their ideas and participate in the climate conference, alongside high-level officials from governments, development partners, and the private sector.

The third and final phase will begin after COP27 where a tailored support package will be offered to the finalists in this acceleration phase. This will include high-level consultants and international experts to support the startups in implementing their ideas on-ground.