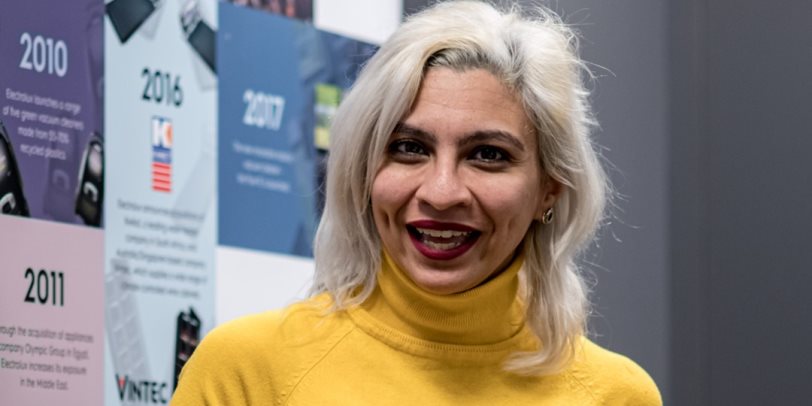 Do you remember the times when a colleague angrily said “it is impossible! This will stop business!!” or firmly said with strong head shake” this will certainly fail! These new policies do not apply on our company/ industry/ country…etc.”

Let me tell you the interesting story of Ignaz Semmelweis, who discovered that childbed fever mortality rates reduced ten-fold when doctors washed their hands with a chlorine solution between patients and, most particularly, after an autopsy (at the institution where Semmelweis worked, a university hospital, physicians performed autopsies on every deceased patient).

Semmelweis’s decision stopped the ongoing contamination of patients, who were “mostly pregnant women.” His hand-washing suggestions were rejected by his contemporaries, often for non-medical reasons. For instance, some doctors refused to believe that a gentleman’s hands could transmit disease.

Sounds ridiculous... doesn’t it?! But the sad fact is that this amazing scientist/physician was labelled crazy, fired and prohibited from practicing medicine until he died. This is how powerful resistance to change can be.

Keep this idea in mind for a minute… and now think, how can ambitious employees overcome intrinsic bias against new notions in such atmosphere, how can a company respond efficiently to external changes if not demonstrating necessary resilience?!

Semmelweis Reflex is a metaphor for the reflex-like tendency to reject new evidence or new knowledge because it contradicts established norms, beliefs, or paradigm.

Clearly, it is very real; we do get trapped in existing paradigms and that often blinds us to important new information. Honestly old paradigms can be stubborn and the dilemma here is that it can be extremely powerful as well.

Let us mimic the above story in business life, different industries face competitive challenges, gone through massive changes like mergers and acquisitions, adopting new technology, reforms in business operations, and changes in policies, even a change in management is like a little twister with new ideas and ambitions.

Organizational inertia is the tendency for an organization to resist change and want to maintain the status quo. Now think… how many companies you know “or even worked for” that suffer from inertia, demonstrating inflexibility and refusal to adapt to external or internal necessity for change.

“We will lose business,” they say, and I firmly say “NO! we will not,” the wise ones know that the only constant is change. So, what happens when inertia strikes the consciousness of organization?

- Turnover: The enthusiasts who want to derive real change will eventually get tired, lose hope and leave the company

-    Fear: They might keep their silence, where it is safer to shut their ideas up

-    Lack of integrity: You might end up with a team who doesn’t really care about the bigger organizational actions/consequences

-    Divested culture:  no one really cares, people come to work because they just need their salaries

The list can go for long, and the truth is that ideas, and even good intent, alone rarely amount to much of a change, both need to be communicated effectively if they are to spread and make an impact on the organization.

First, let us look at some scientific facts; The literature suggests that more than two-thirds of change implementation efforts fail (Beer and Nohria, 2000; Meaney and Pung, 2008). One of the most critical failures to change is employees’ attitudes toward change (Ahmad and Cheng, 2018).

Unaware of the potential benefits associated with the organizational change, employees often develop a sense of fear, and perceive the introduction of change as an unfair act (Ford and Ford, 2010). Therefore, they develop negative attitudes and exhibit adverse reactions toward change—a phenomenon known as resistance to change (RTC) (Folger and Konovsky, 1989). [Source: organizational psychology/ The Psychology of Resistance to Change]

Let us face it, the reasons behind why people and organizations resist change can be a super lengthy list. Some of the main reasons is a lack of trust and lack of communication, fear of unknown consequences, hectic time required to adjust to new norm, extra efforts to relearn, possibility of less desirable status, desire to retain existing friendships at workplace, political coalitions…etc.

On the other hand, another angle for the story; thinking about Semmelweis reaction, what if he tried to work on his communication style, what if he managed to control his anger and frustration? While he had all the right to challenge status quo, putting his rightful idea on the table, challenging his peers for the good of the patients, he could have chosen a cleverer approach:

-   Passing his ideas to his team and requesting its implementation

-   Protect his reputation, move to another hospital, and try to drive the change there

I understand that it is not because a person has a good idea, or a company wants to derive a change that people will listen and implement, but I believe that communication is the responsibility of two. We need to put real effort into passing ideas, a lot of consistency needs to be injected as well to make people get used to and maneuver around resistance.

In this regard, I see management’s role as indispensable to pass/impose change, if an employee perceives that his manager treats him/her well, engages him/her, explains to him/her why the change is needed, he/she will likely be well-motivated, committed, and willing to accept whatever his organization entrusts him/her—which is known as Leader-Member Exchange (LMX).

We all encounter resistance, once you are up to something new, you will find resistance on your way and the bigger the change you are planning to drive, the bigger is its potential resistance.

Change is how we grow and we owe it to ourselves, and our companies; in other words, it is one of the smartest survival strategies.

I genuinely believe that the ones that succeeded in passing change were not necessarily smarter or more talented than the others were, but learned to efficiently maneuver around obstacles they found in their path and demonstrated consistency, stamina, patience and passion towards the metamorphosis they are trying to enforce. Imagine for a moment with me, if Larva resisted change and refused to get in/out its transformational phase, we wouldn’t see the beautiful butterflies around us.