Al-Mashat said that the ministry seeks to enhance their economic relations with multilateral and bilateral development partners, in order to support their implementation of Egypt’s Vision 2030 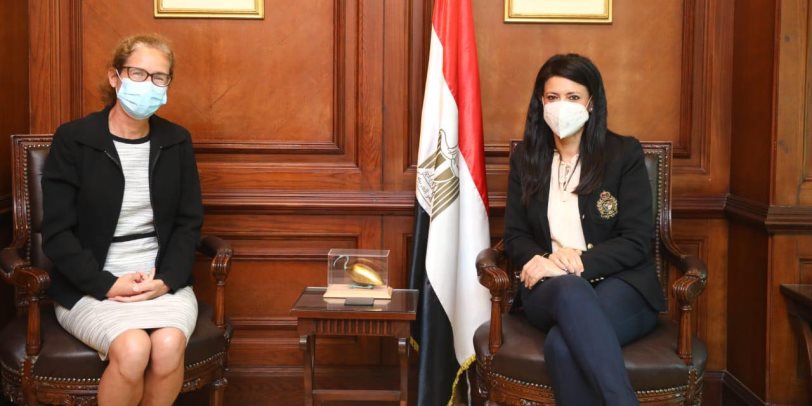 The two sat down to discuss the future cooperation between the two sides under the World Bank’s development policy financing (DPF).

Negotiations are expected to focus on enhancing Egypt’s financial stability, green recovery, private sector participation and boosting women’s participation in the economy, according to the statement.

The sit-down also brought up current projects under construction between Egypt and the World Bank.

Recently, the WB announced financial funding worth $440 million to support Egypt's infrastructure for the transport sector, with an eye to enhance sustainability of the progress in the railway sector.

The two sides also addressed current talks with the World Bank group to obtain a finance for the second wave of the structural reforms carried out by the Egyptian government to support its economic growth program.

The second phase of economic reforms was launched in April, which focuses on structural reforms, following the first phase of the International Monetary Fund (IMF)-backed program in place since 2016.

During the meeting, Al-Mashat praised Egypt and the World Bank’s partnership, with development funding agreements signed with the WB in 2020 hitting $1.5 billion covering the various sectors.

She also expressed hope over beefing up cooperation to support the development plans in the coming phase, highlighting the Ministry of International Cooperation’s role in coordinating among various governmental bodies to accomplish an effective development cooperation program.

During the meeting, Wes said that Egypt is a strategic partner to the World Bank and that it aspires to engage in more cooperation with the country to support its developmental plans.

On her side, Al-Mashat said that the ministry seeks to enhance their economic relations with multilateral and bilateral development partners, in order to support their implementation of Egypt’s Vision 2030.

In March, the World Bank approved a $440 million loan that aims to support Egypt’s initiatives to enhance the safety and service quality of the country’s railways.