Expectations of future output, at 65.0, were still solid but softer than the 77.2 recorded in March when the rollout of a COVID-19 vaccine program raised hopes of a rebound 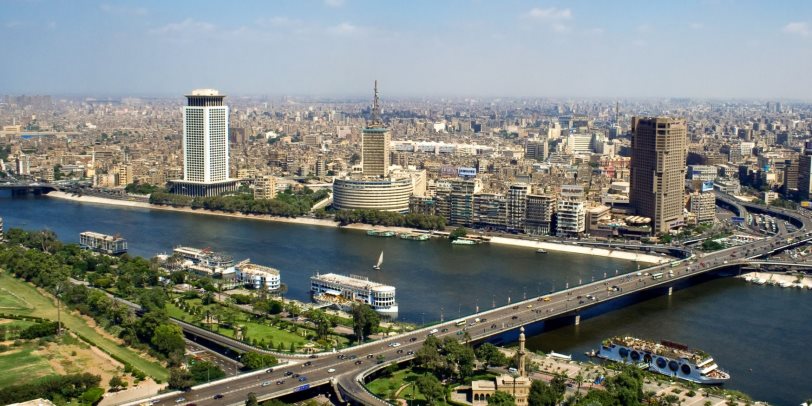 Egypt’s non-oil private sector continues its contraction 5-months in a row, according to IHS Markit, attributed to the decline in sales and employment and increase in input costs.

Egypt’s IHS Markit’s Purchasing Managers’ Index (PMI) fell from 48 in March to 47.7 in April, the lowest level since June 2020.

IHS Markit pointed out that the index’s results highlights a moderate deterioration in the health of the non-oil economy.

The PMI measures the operating conditions in the non-oil private sector economy, with being below the 50-point level in the index indicating contraction.

Expectations of future output, at 65.0, were still solid but softer than the 77.2 recorded in March when the rollout of a COVID-19 vaccine program raised hopes of a rebound, IHS Markit said.

IHS Markit attributed the drop to the decline in the output index, coupled with a further decline in new business inflows. They added that this signaled a fifth successive monthly fall in business activity in April.

“The pace of decline in output was broadly unchanged from March's nine-month record, with a similar trend seen for new orders,” wrote the report.

The non-oil private sector as a whole began contracting in December, ending a three-month expansion, as a resurgence in coronavirus cases dampened demand.

December saw the start of the non-oil private sector’s contraction, which ended a three-month expansion, as a resurgence in COVID-19 cases reduced demand.

The new export orders sub-index did see a rise to 53.1 from 48.6 in March as foreign markets and economies abroad improved.

“Nevertheless, a drop in total sales meant that overall workloads decreased at the start of the second quarter. This allowed firms to clear backlogs, and employment levels fell at the quickest rate for four months,” the report explained.

Purchasing activity saw a decrease, said the report, contributing to a solid reduction in input stocks.

“Rising raw material costs were apparent across the non-oil private sector in April. Goods such as metals and plastics were reported as up in price, contributing to a marked increase in purchase prices,” said the report.

The pace of inflation was the fastest recorded since September 2019, with goods such as metals and plastics rising in price, forcing many businesses to raise their prices.

Although hopes for a strong economic recovery improved at the start of April due to the launch of the vaccination rollout, business expectations for future output quickly fell after a surge in COVID-19 cases and concerns about financial liquidity reducing optimism.