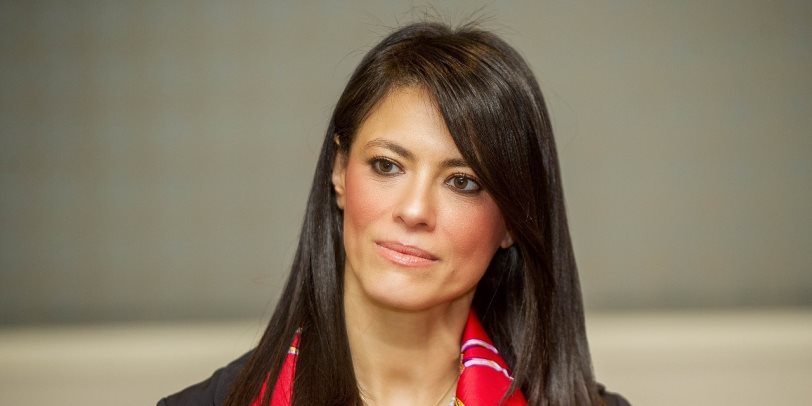 A new global digital campaign, called #GameChangers, has been launched by the Minstry of International Cooperation to showcase the private sector as the dynamic force for Egypt’s sustained economic growth.

The campaign aims to demonstrate the value of public-private partnership and building towards the path to a greener economy.

The campaign, part of the Ministry’s Global Partnerships Narrative (People & Projects & Purpose), will feature several testimonials by the private sector including Entrepreneurs as well as Micro, Small, Medium Enterprises.

“2021 is the year of private sector engagement. We have put private sector engagement, empowerment and enablement at the forefront of our principles of ‘Economic Diplomacy’; concluding strategic partnerships to provide a sustainable ecosystem that fosters innovation, accelerates job creation and building back better,” said Dr. Rania A. Al-Mashat, Minister of International Cooperation.

The #GameChangers campaign will be targeting both local and international youth audiences across several social media and digital channels.

Beginning today with the story of Egypt’s Ministry of International Cooperation’s partnership with the Saudi Fund for Development (SFD) to finance IND for Construction and Solar Energy; one of the startup private sector companies working in the construction of Egypt’s flagship project: Benban Solar Park.

The company received development financing worth LE 6.4 million through the cooperation between the Ministry of International Cooperation and the Saudi Fund for Development (SFD); with EFG Hermes as the financial intermediary, it clarified.

“Egypt is on a mission not only to “think green” but also “act green in all policies and projects to help preserve the environment and bring sustainable energy to the country’s population” added Dr. Rania A. Al-Mashat, Minister of International Cooperation.

Benban, which is so large it is visible from space, is the biggest signal yet of Egypt’s commitment to clean, sustainable energy, and a testament to the power of partnership between the public and private sectors.

Egypt unveiled its flagship Benban Solar Park in 2019, the world’s largest solar installation. Spanning 36 square kilometers of desert, in 32 plots developed by over 40 companies from 12 countries, it generates over 1500mW of power.

Zaher, who is featured in the campaign, talks about his company’s involvement in Egypt’s efforts to develop the renewable energy sector.

He explained that the company ventured into the solar energy business in 2014 when the government issued the Renewable Energy Law (Decree Law 203/2014) to support the private sector and encourage its engagement in the country’s green transformation strategy to produce electricity from renewable energy sources. He added that the company was originally established in 2009 as a construction corporation.

“Aswan’s Benban Solar Park is ‘the’ project any renewable energy startup would like to be part of. It is the widest solar plant in the world and taking part of such a grand project is an important milestone for our company. We work rigorously on achieving Egypt’s Energy Strategy, placing the country on the sustainable development map, globally,” said Zaher.

Zaher added that the Ministry of International Cooperation and the SFD played a major role in helping IND achieve its goals through its clear financial processes and support.

The Government of Egypt’s mission towards a sustainable energy-sufficient future is outlined in the 2035 Integrated Sustainable Energy Strategy (ISES) which involves increasing the use of renewable energy and improving energy efficiency in the power sector. The government has set targets for renewables to make up a share of 42% of the country’s electricity by 2035.

Earlier this year, in January 2021, Minister Al Mashat co-authored a piece on Financial Times‘s FDI Intelligence with Sergio Pimenta, Vice President, Middle East and Africa at the International Finance Cooperation titled “Greening Egypt‘s economy and what it means for the MEA region”. The article showcases the development agenda, and partnerships in place to rebuild greener.

The partnership between the Ministry of International Cooperation and SFD has financed more than 2,180 projects in various sectors and contributed to creating about 12,000 new jobs in 27 Governorates. A grant worth EGP 225 million was extended to EFG Hermes to finance existing, or newly established projects, operating in the fields of new and renewable energy, health care, industry, and agriculture with a focus on Upper Egypt and Delta governorates.

In line with Egypt's strategy towards bridging the gap between financial institutions and Micro, Small, and Medium-sized Enterprises (MSMEs), the Kingdom of Saudi Arabia has awarded a grant dedicated to support MSMEs and facilitate their access to finance; the grant is entrusted to the SFD for supervision and execution. The development financing is worth $200 million and is solely dedicated to the support of MSMEs in Egypt to stimulate economic growth and job creation.