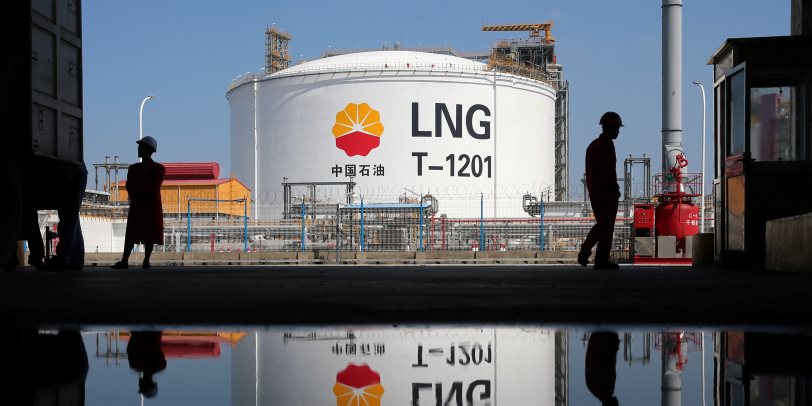 The Damietta LNG plant, after closing down in 2012, is back online as with two liquefied natural gas shipments making their way out of the Damietta Port earlier this week.

An LNG carrier from the Marshall Islands is transporting 60k tonnes of LNG from Egypt to Bangladesh, according to a cabinet statement.

Italian Company Eni highlighted that this is an important milestone in the process of completing the agreement reached in December 2020 aimed at settling all pending disputes between the parties and at restarting the operations at the plant.

Currently at this stage, the agreement has already received all the authorizations of the competent authorities and its final closing is expected in the first half of March.

Thanks to the agreement, and to Eni’s opportune natural gas discoveries in recent years, particularly especially the ones in the Zohr and Nooros fields, Egypt has regained its full capacity to meet domestic gas demands and can allocate surplus production for export through its LNG plants.

Earlier, the Egyptian government signed an agreement with the foreign partners of the project, as the plant is a joint venture between Union Fenosa Gas and the Italian Company Eni.

In January 2019, it was reported that the government was about to sign an agreement with the main partner of the plant, the Spanish Union Fenosa, to drop a $2 billion arbitration claim lodged after gas to the facility was cut off in 2012.

The source stated that the Ministry of Petroleum agreed with the partners to compensate the company for its loss through the stoppage period with profits derived from the Egyptian Natural Gas Holding Company (Egas)'s 10 percent ownership of the facility.

The source added that the ministry agreed to allow the Damietta plant to export quantities of natural gas produced locally, until the arrival of gas from the fields of Cyprus and Israel in the Mediterranean Sea, thus achieving an economic return in Egypt and ending the arbitration disputes.

Negotiations with foreign partners in the Damietta Dam plant were conferred with gas prices and charges of the use of the national gas network in exchange for the gradual re-operation of the plant and the export of locally produced natural gas.

Also, Eni is now waiting for approval from the Petroleum Ministry to connect the Damietta plant to the Zohr gas treatment plant.

Union Fenosa filed a lawsuit against Egypt at International Centre for Settlement of Investment Disputes (ICSID) in 2014 to compensate it with $8 billion after the Ministry of Petroleum stopped supplying liquefied gas to Damietta plant due to lack of energy resources inside the country following the January 2011 revolution.

With gas production amounting to around 6.4 billion cubic feet per day, Egypt achieved self-sufficiency of gas by the end of September 2018, aiming to become a regional hub of energy.