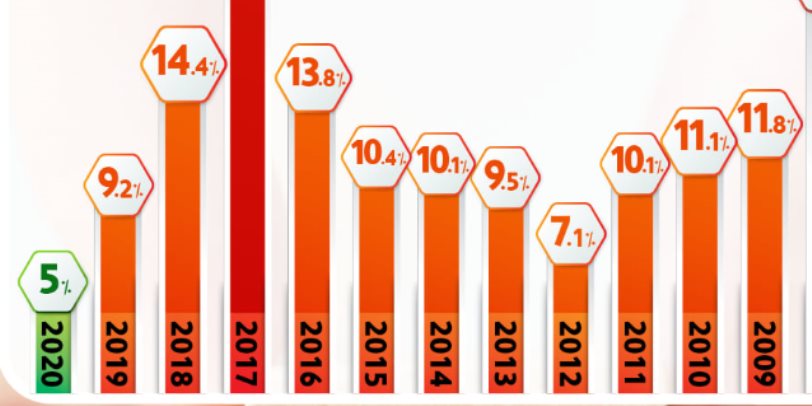 The Egyptian cabinet released an infographic indicating that Inflation rate during 2020 was at its best level in 15 years.

According to the attached statement, the government has achieved its goals during the past year, despite COVID-19, to reduce inflation rates and maintain it within the Egyptian Central Bank’s target range.

The report says the government has succeeded in reducing inflation to a record level thanks to control of food prices, bringing the annual average of inflation in 2020 the best rate since 2006, by 5 percent.

The report reviewed the evolution of the annual average overall inflation rate from 2006 to 2020, indicating it reached 9.2 percent in 2019, and 14.4 percent in 2018, then inflation increased significantly Large registered 29.5 percent in 2017 after the exchange rate was released. 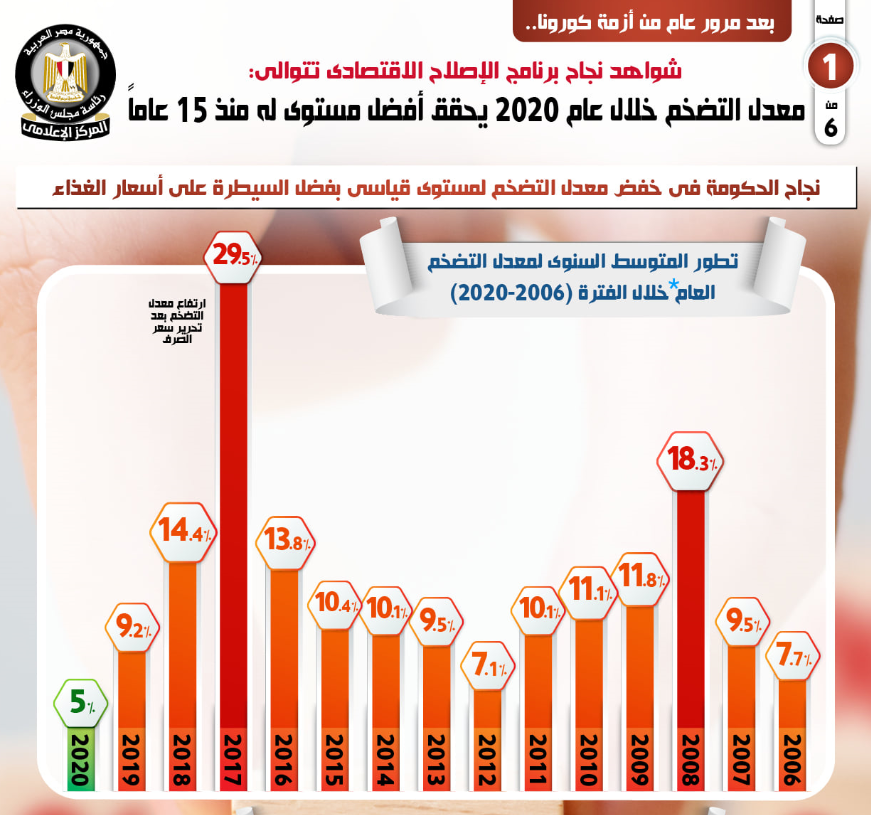 The report said that the annual average of general inflation in 2020 is due to the recording of negative rates (price drop) in 7 months, with a 0.7 percent decrease in October, and 2.6 September, 4.1 percent in August, 1.5 percent in July, 0.7 percent in May, 1.7 percent in March, and 0.9 percent in February, according to Evidence of change on an annual basis for urbanization. 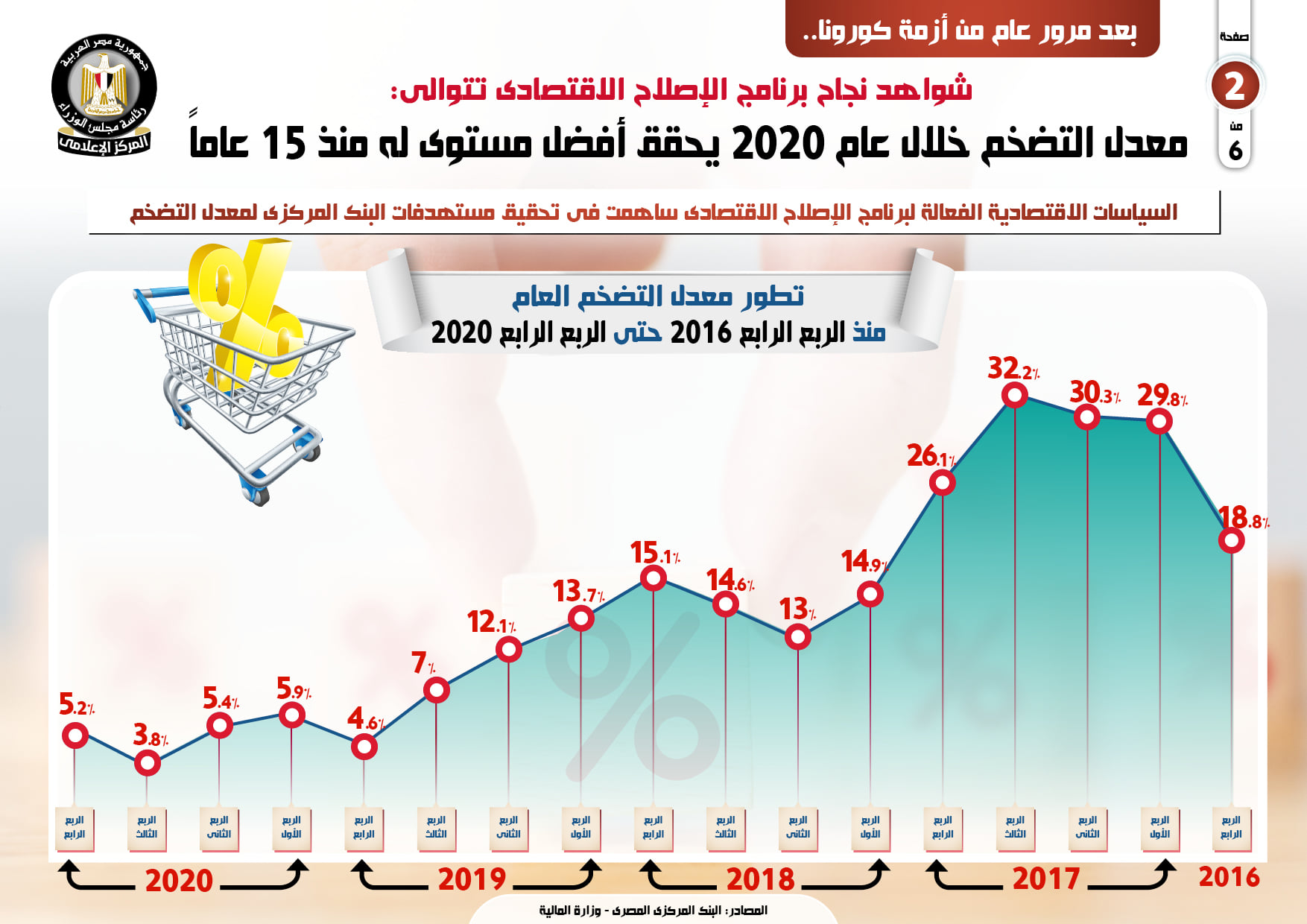 The report notes that inflation achieved a better rate than the forecast of major international institutions during 2020, while the Economist predicted it to reach 5.6 percent, while both Fitch and Bloomberg to score 5.9 percent.

On a connected level, inflation scored 5.7 percent in 2019/2020, while the World Bank expected inflation to score 9.5 percent, the International Monetary Fund 5.9 percent, and Standard & Borz 6 percent.

The report also addressed the highlights of international institutions for inflation performance, as the World Bank reported that the inflation rate has continued to fall since the early fiscal year 2019/2020 recorded on average 5.7 percent compared to 19.6 percent on average over the previous three years. 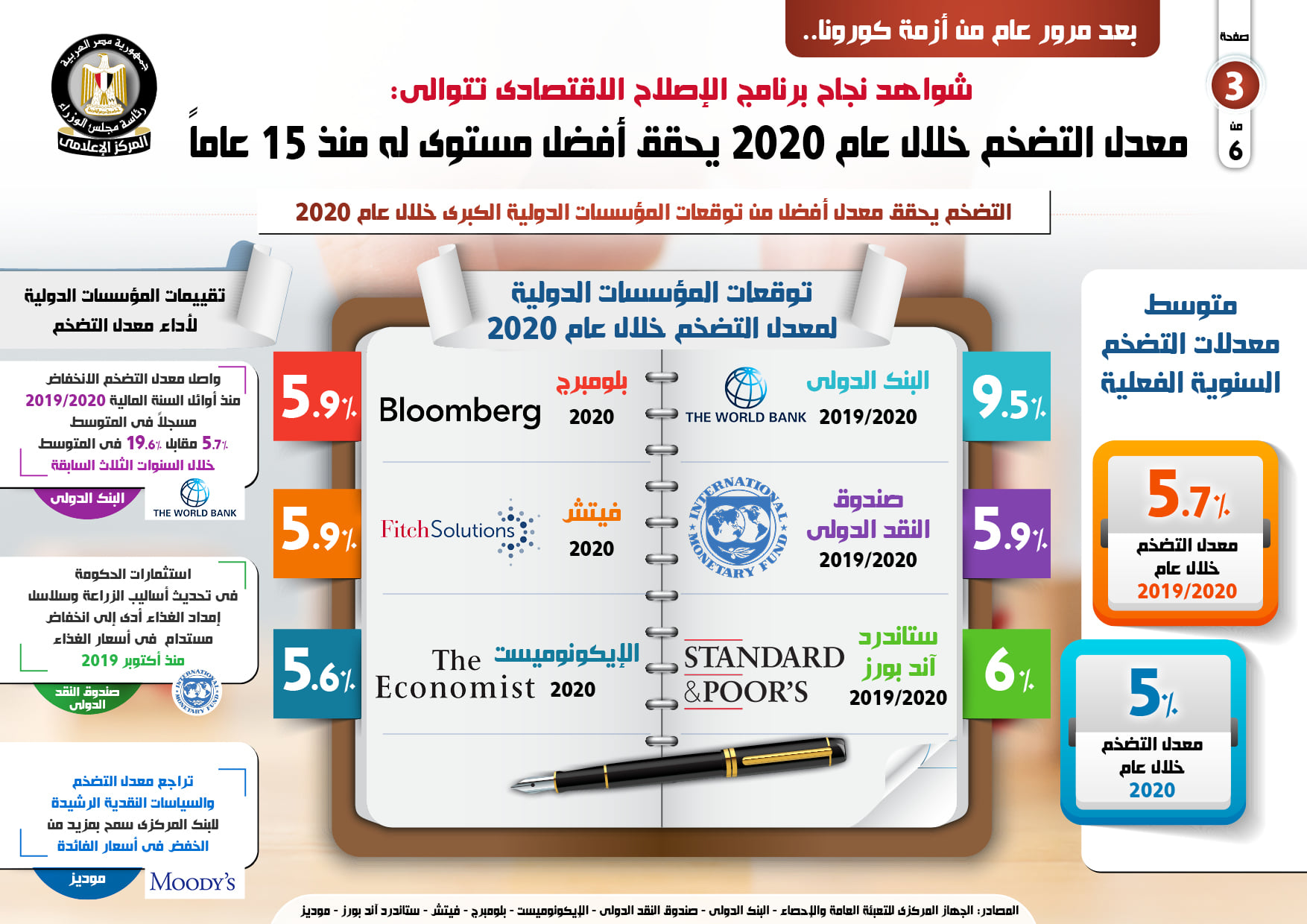 For its part, the International Monetary Fund has confirmed that government investments in modernizing agriculture and food supply chains have led to a sustainable fall in food prices since October 2019.