With three separate stages, the four-day event covered a wide range of topics within the creative industry; from traditional spaces such as advertising, film and music to food innovation, Esports, and ecommerce 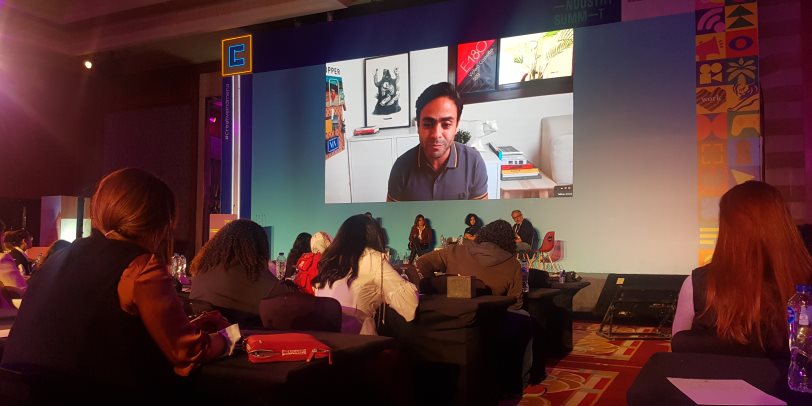 An important element of business conferences and events are the opportunities it offers for connecting with a wide range of individuals, whether in the same industry or in vastly different sectors, something that the annual Creative Industry Summit excels in as local and regional creatives and executives converged onto the four-day event.

Hosting its 12th edition at the Nile-Ritz Carlton, the Creative Industry Summit (CIS) launched its first ever hybrid edition, and included star-studded virtual guests such as Ryan Reynolds and Reese Witherspoon, as well as several in-person special guests from the KSA to talk about “Creativity in the KSA.”

With three separate stages, the four-day event covered a wide range of topics within the creative industry; from traditional spaces such as advertising, film and music to food innovation, Esports, and ecommerce.

A New Outlook on Advertising

The year 2020 was one that flipped the creative industry on its head, and with “normal” thrown out the window, creatives from all industries have embraced the unknown and the uncharted, a sentiment that many panelists spoke about during the event. 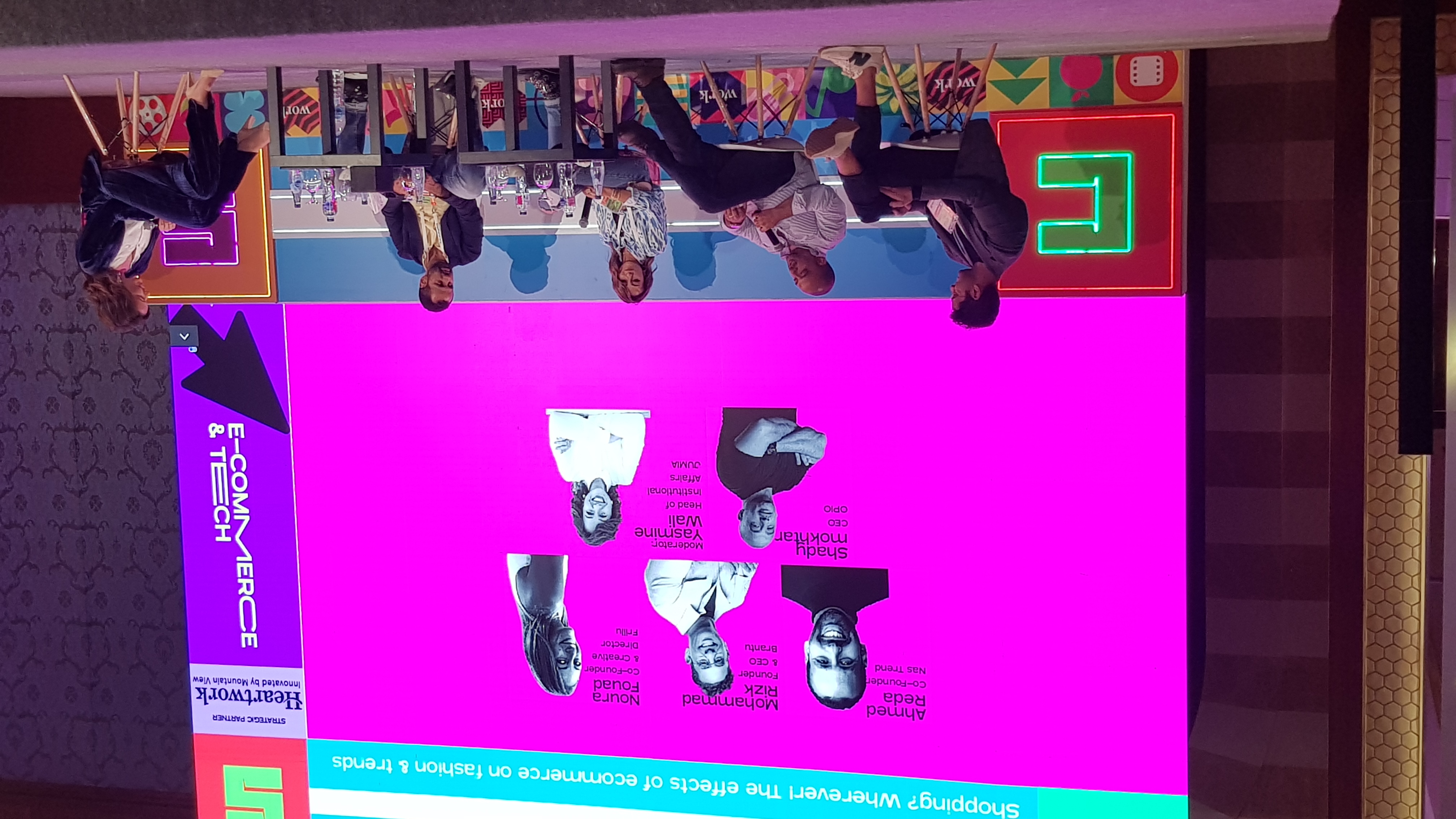 Several panelists pointed out that the concept of advertising is changing, with one panelist stating that the definition of advertising was defined in a world that is wholly different from todays.

Advertisers and marketers in various panels across the event resonated with the statement, with some pointing out the need to expand the industry’s storytelling package to meet with fast-paced changes to the landscape and younger audience’s expectations.

“I think advertising is content. [It’s like explaining] literature, there is prose, poetry, non-fiction and etc., there are different types of content” said Impact BBDO Cairo’s Group Managing Director, Naila Fattouh during the event’s “Content vs Advertising” panel discussion.

She also pointed out that the real challenge today is handling the format of an ad, explaining that it is because “we are still producing the exact [same ad], every single ad looks exactly the same and we are not innovating within that format,” adding that she thinks that “the dialogue today has evolved because of the pressure on advertisers to innovate.”

Content creation was a major topic of discussion throughout the event, with discussions and panels across several verticals.

Advocating for the importance of creating quality content for developing and maintaining a captive follower base, food-centric content creator Ramy Soli stated that it is important to ensure that followers are “satisfied in terms of content created” while finding ways to create good paid content that meet their expectations for the content creator/channel.

Fellow panelist and motoring journalist/content creator Ahmed Wakil emphasized the need to balance paid content while being truthful to followers, pointing out that he does not post car-related paid content or sponsorships that inhibit him from mentioning competitors on his social media platforms as a way to keep true to his followers.

The pandemic swept the global events industry off its feet; the industry’s valuation at $1.1 trillion in 2019 with pre-COVID expectations of $1.6 trillion for 2028 being thrown out the window. During the “Event Industry Challenges and Opportunities” panel, the speakers discussed the data, released by the Global Association of the Exhibition Industry, which states that by March 2020, the industry had already lost an estimated $16.5 billion. 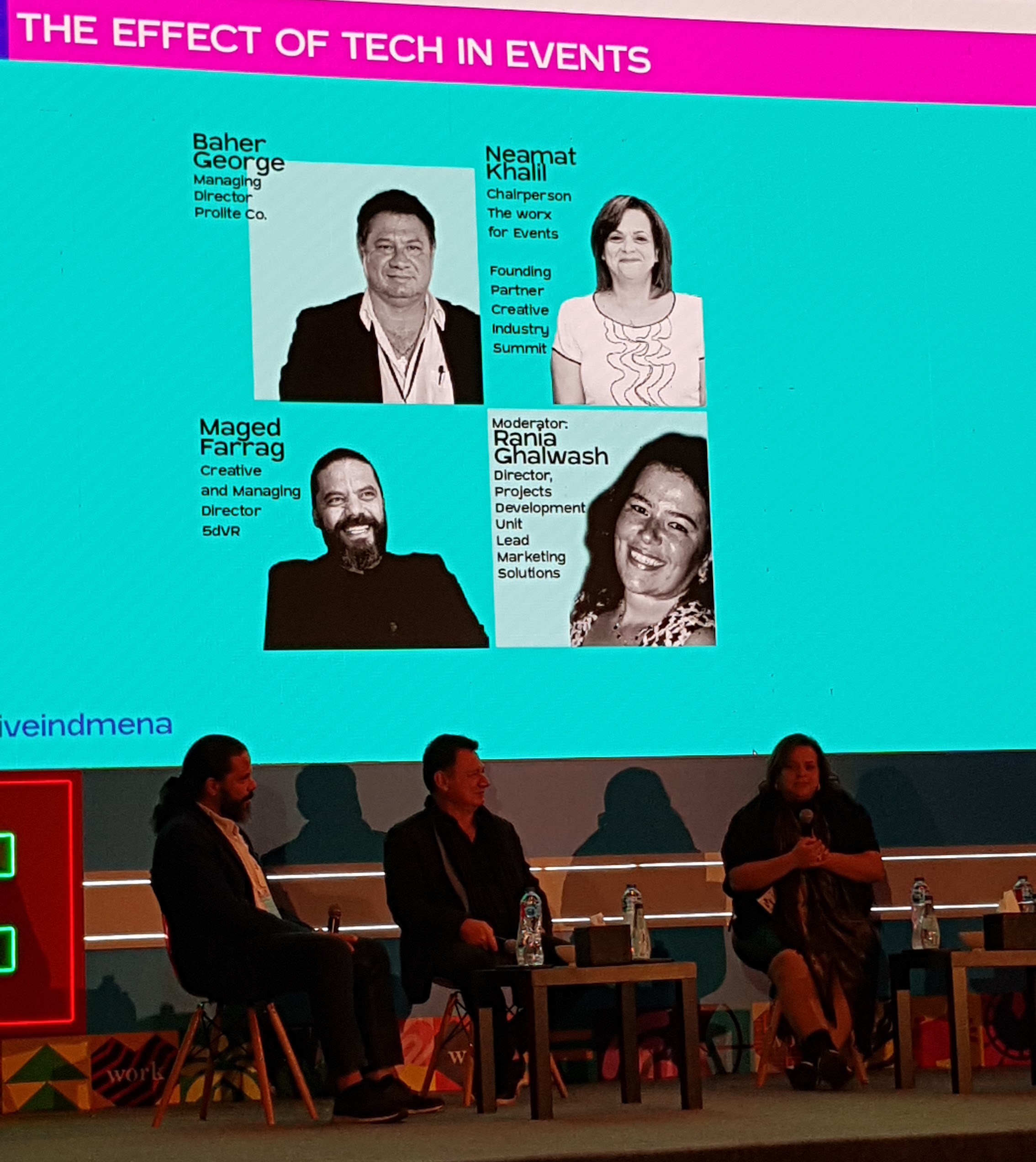 Commenting on the growing return of physical events and technology’s effects on them during the “The Effect of Tech in Events” panel, CIS and The Worx Chairperson & Founding Partner, Neamat Khalil, highlighted that although virtual events see massive reach (CIS’ virtual event in 2020 caught the eye of people in 17 countries) and enabled CIS to open discussions with major players in creative fields that they would otherwise been unable to afford, the financial gains are not the same as with physical events and pointed out that “people are hungry for physical events” as time goes on.

Fellow panelist Baher George, Managing Director of event production company Prolite, agreed with Khalil, stating that it is important to note that “at physical events, people are having fun while at the same time [connecting]” as a significant differentiator.

Returning this year is the Creative Industry Summit’s e-gaming track, where several of Egypt’s biggest players in the local esports scene sat down to discuss the steady growth of the multi-billion dollar global industry within Egypt.

Representatives from Gamers Lounge, EGYcon, GBArena, Arab Hardware and Deloitte, opened up on the challenges of convincing companies and potential sponsors to invest in the esports scene.

“The industry is still starting, so the ecosystem is, overall, still developing…” explained Ibrahim Hamdy, tech and e-gaming community hub Arab Hardware’s CEO, noting that only in the last 4 years has traditional non-tech related media platforms begun to mention and popularize esports and e-gaming.

Retrieving and measuring metrics and analytics, as with many industries, are a source of difficulty in the local esports scene. Online esports tournament platform GB Arena’s Samer Wagdy commented on clients’ expectations on this regard, explaining that to support companies and the platform, they developed an analytics system to collect and analyze gamer behavior within the platform to help sponsors track their campaigns.

Reminding esports enthusiasts of the multitude of opportunities in the industry and how gamers can support the industry, Gamer’s Lounge COO Hashem El Borno mentioned that other than being an audience and community member, interested individuals can become coaches, tournament casters, MCs at events, managers and so on, “just like any industry out there.”

Currently, Egypt’s rapidly growing esports scene has gained the interest of traditional sports clubs, such as Pyramids Football club, which organized its own Pyramids E-Championship esports tournament in 2019, while Egypt’s premier esports team Anubis Gaming competes in international titles, winning the recent Red Bull Campus Clutch tournament in Madrid, Spain after beating out over 25 thousand teams from 50 countries for the trophy.

This year’s edition also introduced a new “Mental Wellness” track, a topic that was broached during several non-related panels as well, with topics ranging from defeating your inner-critic to how to body-hack your way to efficiency. According to former Olympian Heba Abdel-Gawad during her “Importance of Nourishing Your Body and Mind” panel, “move well, recover well and the brain, the boss that decides everything will be [happy]. This will let you be a better survivor, and that’s what we want, to be better survivors… [to do so] one of the most important things is to know ourselves, to have self-awareness.”

Displaying Egyptians’ growing interest in the subject, “The Practicality Dilemma: Is the workplace an environment where you can feel?” panel on the main stage was packed as panelists discussed managing mental health and wellness issues in the workplace from both employer and employee perspectives.